EU sanctions Minsk and closes its airspace to Belarusian planes 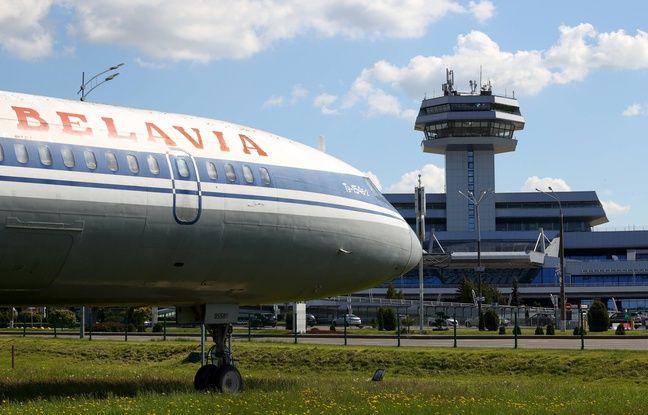 By rapidly announcing measures against Belarus, the European Union wanted to show its unity and firmness vis-à-vis the regime of Alexander Lukashenko. European leaders decided Monday evening to close their airspace to Belarusian planes and adopt a new set of sanctions against the country, accused of having rerouted a European airliner to arrest dissident Roman Protassevich. The EU has demanded his immediate release.

The EU has also recommended that European companies bypass Belarusian airspace, said European Council President Charles Michel’s spokesman. The agreement, prepared in advance by consultations between the capitals, was announced two hours after the start of a summit of the Twenty-Seven organized face-to-face over two days in Brussels.

London and Kiev have already blacklisted the airspace of this former Soviet republic and the companies Lufthansa, SAS and AirBaltic have announced their decision to avoid its overflight. Nearly 2,000 aircraft carrying out commercial flights use Belarusian airspace every week, the Eurocontrol organization said. The Belarusian company Belavia, for its part, operates around 20 flights every day from or to EU airports.

The European leaders “strongly condemned the forced landing of a Ryanair plane in Minsk (…) which endangered air safety”. The action in Minsk has moreover been qualified as an act of “state terrorism” by several capitals. The explanations of the Belarusian authorities “are absolutely not credible,” said German Chancellor Angela Merkel.

NATO, which wants, like the EU, an “international investigation”, will bring together its ambassadors this Tuesday to discuss the situation. Its secretary general Jens Stoltenberg blasted “a serious and dangerous incident”. The International Civil Aviation Organization (ICAO), a UN-dependent body, has also called an emergency meeting, but for Thursday morning. The forced landing “could be a violation of the Chicago Convention”, which protects the sovereignty of the airspace of nations, she said.

Minsk for its part assures to have acted legally by intercepting this commercial flight after receiving a threat from the Palestinian organization Hamas. The regime said it had informed ICAO and said it was prepared to cooperate in an impartial investigation.