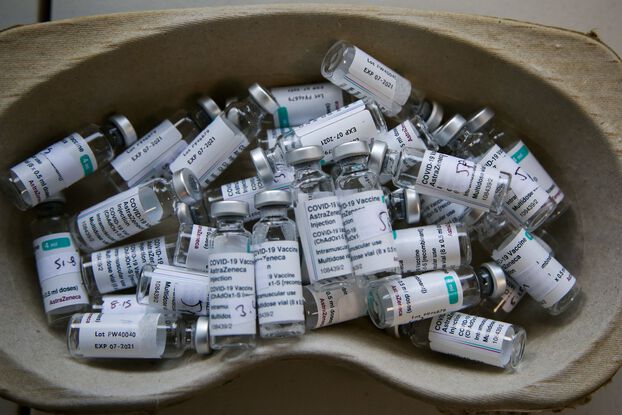 Under penalty of a daily fine of 10 million euros in the event of an infringement, the European Union demanded, this Thursday, from the pharmaceutical laboratory AstraZeneca that it use its six anti-Covid vaccine manufacturing sites to honor the deliveries planned, said one of his lawyers.

“This is an injunction to force AstraZeneca to use all six manufacturing sites mentioned in the contract (…), including the two British factories which are not employed,” said this lawyer, Me Rafael Jafferali.

The EU estimates that this acceleration of production should allow the Swedish-British group to provide by June 30 to the Twenty-Seven the 90 million doses that were not delivered in the first quarter despite the contractual commitments of the laboratory (30 million were against 120 million expected). This should also make it possible to obtain during the third quarter a complement of 180 million doses, still according to Me Jafferali. A total of 300 million doses of AstraZeneca serum have been ordered by the EU. The laboratory is committed to having delivered the set before the end of the year, while the EU demands to have received everything by September 30 at the latest.

“The objective (of the penalties or penalties claimed) is not to obtain financial compensation for damage but to force AstraZeneca to provide the promised vaccines as quickly as possible”, insisted Me Jafferali. In addition to the penalties resulting from the injunction to make full use of production capacities, the EU also asks for “10 euros per dose and per day of delay” in the event of failure to respect the two deadlines of June 30 and September 30. These are “cumulative” penalties, “enough dissuasive amounts are needed,” according to Mr. Jafferali.

“The contract does not provide for any binding deadlines”

These penalties were requested in summary (urgently) from the Belgian justice, responsible for arbitrating the dispute over the contract under Belgian law concluded nine months ago between the EU and AstraZeneca. The Swedish-British group produces one of the four vaccines licensed in the Union. The pleadings of the two parties took place on Wednesday before a summary judge of the Brussels court. The hearing will continue on June 4 to give the judge a final opportunity to question the lawyers.

Jafferali said he expected a decision in the second half of June. “As we are asking for measures at the end of June, it is likely that the judge will rule before” this deadline, said the lawyer. On Wednesday, AstraZeneca refuted through the voice of its lawyers any “violation” of the contract on the sale of its vaccines to Europeans, as the EU accuses. “The contract does not provide for binding deadlines” for deliveries, argued one of them, Me Hakim Boularbah. Three of the six factories mentioned are located in the EU (in Belgium, the Netherlands and Italy), two in the United Kingdom and one in the United States.