EU will not support lifting of vaccine patents at WTO 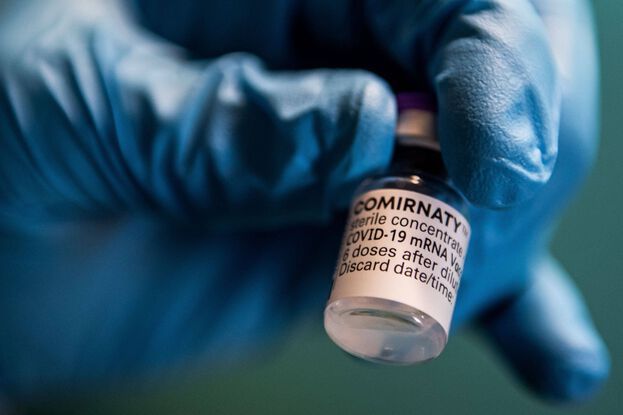 The EU submitted Friday to the WTO its proposals for a multilateral agreement that would increase the supply of anti-Covid vaccines, calling for lifting restrictions on exports and promoting framed and national “compulsory licenses”, but without supporting the lifting of patents wanted by Washington.

The European Commission has reiterated its reluctance to the idea of ​​a suspension of intellectual property protections on vaccines, demanded by countries like India and South Africa, and recently supported by the American administration of Joe Biden .

“The Commission (…) is not convinced that this would be the best immediate response to achieve the goal of wide and timely distribution of the vaccines that the world urgently needs”, explained the European executive in a press release.

“The EU has submitted a proposal for a robust multilateral action plan to increase the production of vaccines and treatments, and ensure their unhindered universal access,” said a Commission spokesperson.

Brussels calls on members of the World Trade Organization to “first ensure that vaccines and treatments, as well as their components, can cross borders without obstacles”, she insisted, during a regular press conference.

In recent weeks, the EU has sharply criticized the United States, a large vaccine producer that has exported virtually no doses in order to prioritize its own population. Vaccine producers must “be encouraged to increase their production, while ensuring that countries in need can have access to it at an affordable price,” the spokesperson continued.

States can encourage voluntary “license agreements” between companies, as well as a range of prices that vary from country to country, but also invest in production sites in developing countries, specifies the European executive.

“Facilitate the use of compulsory licenses”

Finally, the EU proposes to use the “flexibilities” provided for by the intellectual property regime within the framework of the WTO in order to “facilitate the use of compulsory licenses” – granted by a national authority without the necessary agreement of the holder of the license. patent, but in a supervised manner, and accompanied by financial compensation for this holder.

The existing framework “already allows this flexibility (…) it is a legitimate tool during the pandemic and which can be used quickly where necessary”, maintains the Commission. In fact, a “compulsory license” is decided by a government, and does not require an international agreement – long and complex to negotiate – as for a general and indiscriminate suspension of patents.

The Twenty-Seven have already expressed their skepticism vis-à-vis this solution, insisting in particular on the length of transfers of industrial know-how.