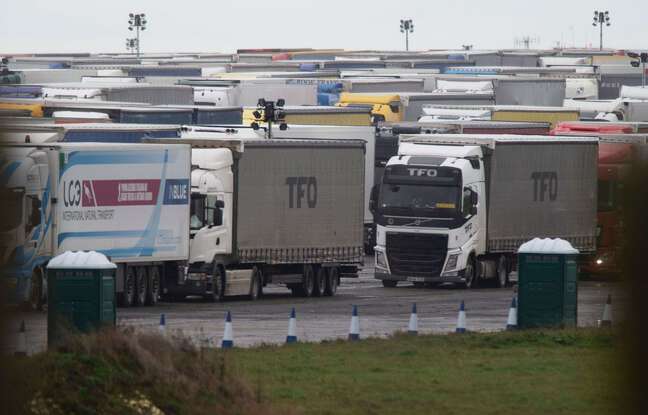 In its fight against the spread of the coronavirus, France has just been slapped on the fingers by Brussels. The European Commissioner in charge of transport criticized Paris on Tuesday for having imposed restrictions because of the new variant of the coronavirus which appeared across the Channel. Adina Valean estimated that 10,000 European truckers were having difficulty returning from the United Kingdom because of the measures taken by France.

I deplore that France went against our recommendations and brought us back to the situation we were in in March when the supply chains were interrupted.

“We called for proportionate and non-discriminatory measures and for the lifting of restrictions affecting truckers,” said Adina Valean, who had said earlier on Twitter: “I deplore the fact that France has not not followed our recommendations ”.

Reply of the French government

These messages did not get through to the government at all. The French Secretary of State for European Affairs, Clément Beaune, replied, also on Twitter and in English, that “we have followed exactly the recommendations of the European Commission and we are now more open than any other European country after having worked jointly with the development of a protocol with the British authorities ”.

Just like France, more than fifty countries in the world have in fact imposed restrictions on travelers from the United Kingdom. But the French move in this direction had the biggest impact, with trains and ferries crossing the Channel having been suspended for 48 hours, causing massive traffic jams on the roads of south-eastern England.