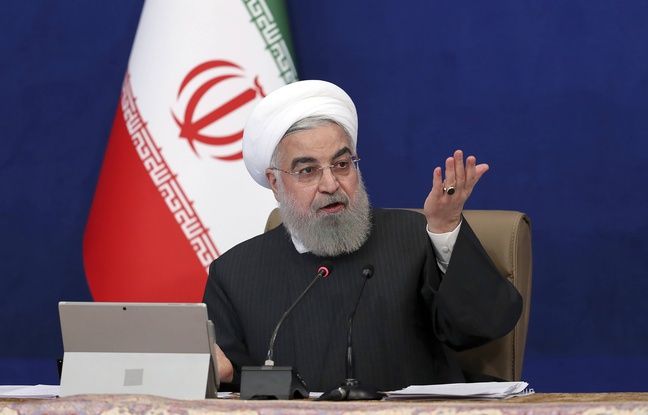 Turnaround. While they had announced to the Board of Governors of the International Atomic Energy Agency (IAEA) a resolution against Iran, several European countries finally decided not to put it to a vote, we learned. Thursday from diplomatic sources. Supported by the United States, this text by Germany, France and Great Britain condemned Tehran’s decision to suspend certain inspections of its nuclear program.

“We are leaving time for diplomacy. Initiatives have been launched by Mr Grossi “and Iran has shown” a little “of goodwill, said diplomats based in Vienna, while the IAEA announced a press conference by its director general, Rafael Grossi, at 12 p.m. local time (11 a.m. GMT). The latter did not wish to give more details at this stage.

The ultraconservative Iranian newspaper Vatan-é Emrouz wrote on Tuesday, without citing a source, that President Hassan Rouhani had given the order to suspend the production of uranium metal in the Isfahan plant (center). The government has not denied this information.

Iran announced in February that it had started producing uranium metal to power its research reactor in Tehran, exceeding the limits set by the 2015 nuclear agreement.

The subject is sensitive because this material can be used in the manufacture of nuclear weapons, even if the Islamic Republic has always denied wanting to acquire the bomb. The “common global action plan”, commonly referred to by its English acronym JCPOA, has been hanging by a thread since the American withdrawal in 2018 at the initiative of Donald Trump, and the reinstatement of sanctions.

New White House host Joe Biden has vowed to come back to his fold “if” Iran lives up to the contract again. But on the other hand Tehran, which requires a prior lifting of the punitive measures which are suffocating its economy, in recent weeks has taken a new step in its disengagement from the JCPOA (passage to a level of uranium enrichment of 20%, production uranium metal and limitation of inspections).