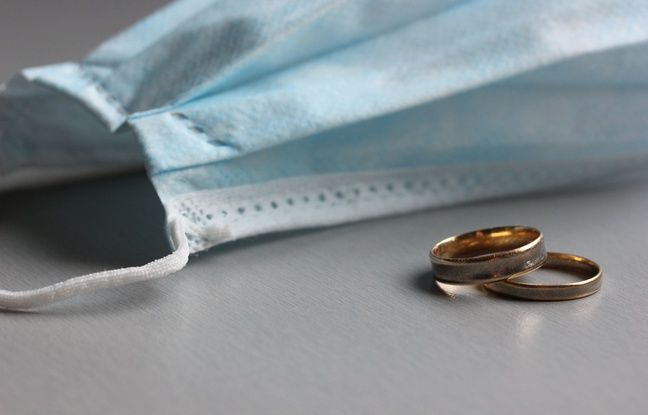 A health pass to allow weddings to be held, as well as for travel? This is what service providers in the wedding sector offer, who negotiate the terms of a resumption of activity with the government. This “specific health pass” would be used for “one-off events such as weddings, ceremonies, concerts or participation in a trade fair,” said Mélissa Humbert-Ferrand, president of the Union des Professeurs Solidaires de l’Environnement (UPSE), which brings together 55,000 professionals specializing in the organization of weddings in France.

Consulted by the Ministry of the Economy and Finance to consider a “plan for the recovery of the marriage sector”, the UPSE declared itself “very favorable” to this measure, “which would allow the restart of activity, heavily affected for the second consecutive year ”, underlined the person in charge. UPSE estimates the loss of turnover of the companies concerned (room rentals, caterers, florists, wedding dress shops, weddingplanners, stationery, etc.) at 1 billion euros in 2021, out of 3 billion euros. in sales usually, after an “almost blank” year in 2020.

The month of May already lost

The “wedding season lasts from May to September: we have 25 Saturdays at most to make the turnover of the year, but this year, the month of May is already almost canceled”, a added Mélissa Humbert-Ferrand. “The reopening of establishments receiving the public (historic houses, castles, etc.) could take place between mid and end of June,” she said after a meeting in the office of the Minister for SMEs, Alain Griset.

According to her, the health pass would not be used for everyday life and travel. It would show vaccination certificates or negative PCR test results, only “to secure a one-time event, like a trip or a wedding.” For travel, the updated “TousAntiCovid” mobile application now includes analysis results from laboratories and soon vaccination certificates.

UPSE, a partner of the Union des Métiers et des Industries de l’Hôtellerie (Umih), estimates that 230,000 marriages are celebrated per year in France, including 40,000 in May. “Today the economic sector is encountering enormous difficulties” while families are increasingly turning to private structures such as second homes, since ceremonies – laic or religious – are always possible while respecting certain gauges. , underlined Mélissa Humbert-Ferrand, herself a secular ceremonial officiant in Lyon.