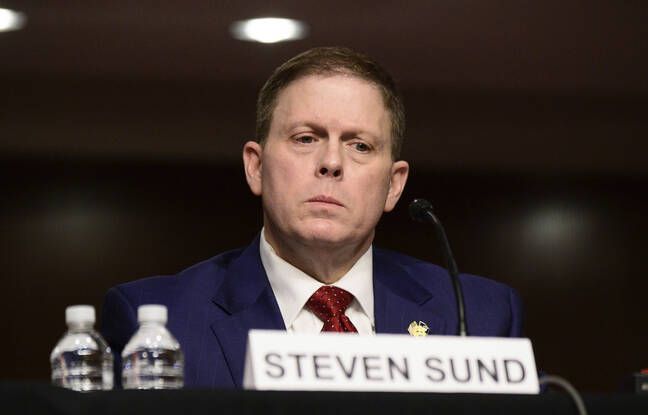 They were not prepared for “war-ready criminals”. Before a Senate committee on Tuesday, three former Capitol security officials assured that the intelligence services had underestimated the threat of Donald Trump’s supporters hanging over January 6. During a hearing lasting nearly four hours, they also blamed themselves for the delay in the deployment of the National Guard.

A strong testimony to start

Before the testimony of the former officials, it was a police officer from the Capitol, Captain Carneysha Mendoza, who put the January 6 attack into perspective. “I smelled what I think was military-type tear gas” fired by the rioters, she explained. She suffered “chemical burns” to her face, which did not fully heal, six weeks after the attack.

Congressional hearings on Capitol Hill security have begun. Captain Carneysha Mendoza says she was burned in the face by tear gas that smelled like military gas. According to her fitbit, she was in an intense cardio zone for 4:09 pic.twitter.com/Jubglm7ST0

An FBI alert email sent the day before at 7 p.m.

Elected officials then broiled three ex-officials, all of whom resigned after January 6: former Capitol Police Chief Steven Sund, ex-House Sergeant-at-Arms Paul Irving, and that of the Senate, Michael Stenger. All of them attacked American intelligence guilty, according to them, of having underestimated the threat of the rioters. “Without the information to adequately prepare, the Capitol police were insufficiently staffed to face an extremely violent crowd,” said Steven Sund. “Based on the information we had, I mistakenly thought we were ready,” said Paul Irving. “We now know that we had a bad plan,” he added, saying he was “deeply shaken” by this deadly coup.

“The information provided was not what it should have been,” said Washington City Police Chief Robert Contee. He said the FBI sent an email about a possible threat of “war” extremists on Jan. 5 at 7 p.m. Sund, Irving and Stenger claim not to have seen him. In the event of a serious threat, “we expect more than just an email,” Contee added.

Different versions on the National Guard

In addition to intelligence services, witnesses implicated the Pentagon, which waited several hours to deploy the National Guard. Steven Sund explained that he called for these reinforcements at 2:28 p.m., when hundreds of people began to force the entrances to the headquarters of Congress. According to him, a high-ranking officer, Walter Piatt would have replied: “I do not like the image of the National Guard lined up in front of the Capitol.”

“It is clear that the National Guard was not quick to respond,” said Irving. “It took several hours for them to arrive on site.” The two men however crossed swords on their own responsibility. Sund accused the House Sergeant-at-Arms of having himself expressed, before the attack, his skepticism about the mobilization of soldiers. “He was worried about the projected image,” he said. “It’s not true,” Irving retorted. “Image issues did not determine our security choices.”

The former capitol police chief claims to have contacted the ex-sergeant-at-arms at 1:09 p.m. to obtain reinforcements from the National Guard. The latter said he did not remember it and had no record of this call on his phone. Television footage shows that he was in the Chamber at this time, and not in his office. Continuation of the hearings Wednesday in the House.