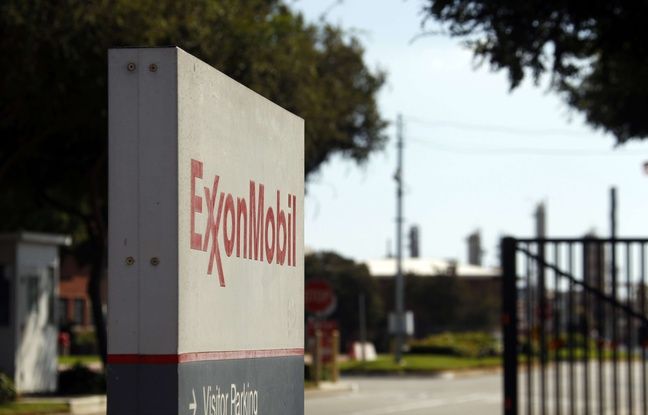 As a sign of growing pressure on black gold producers to address environmental concerns, ExxonMobil and Chevron shareholders voted on Wednesday to force US oil giants to fight climate change more aggressively.

In a resounding case launched by a collective of environmental NGOs, a Dutch court ruled on Wednesday that Shell had to reduce its CO2 emissions by 45% by the end of 2030.

At ExxonMobil, at least two of the four candidates for the board of directors proposed by investment firm Engine No.1, which launched a campaign in late 2020 calling on the company to bet less on oil and gas and more on renewable energies, were selected. The ballot being very close, the final results on a third candidate of Engine N ° 1 will be made public later. The company’s shareholders also voted in favor of a resolution, presented by BNP Paribas, requiring ExxonMobil to report on whether its lobbying activities are in line with the objectives of the Paris Climate Agreement.

The group’s general assembly was closely watched. A sign that the suspense lasted until the end, the meeting was suspended for an hour and the question-and-answer session continued for nearly an additional hour. At Chevron, which also held its annual general meeting on Wednesday, a proposal calling for the company to reduce greenhouse gas emissions from its products garnered 61% of the vote despite opposition from the board of directors. “These votes reflect a growing awareness of the importance of shareholder voices in accelerating the transition from fossil fuels to renewable energies,” said Mark van Baal of the Dutch organization Follow This.

What happened at Exxon “sends the undeniable signal that climate action is a financial imperative”, also reacted the president of the American NGO Environmental Defense Fund, Fred Krupp. “This is a watershed moment for the oil and gas industry,” he said. Industry giants “can no longer ignore calls to align their strategy with an economy that is moving away from carbon. Engine N ° 1 wants to push ExxonMobil to spend less on new hydrocarbon projects and to consider alternative energies more seriously, otherwise its profitability will suffer. “Whatever the result of the vote, change is coming,” said one of its officials, Charlie Penner, before the announcement of the results.

Engine N ° 1 was supported in its approach by the three largest American pension funds CalSTRS, CalPERS and New York State Common as well as by the influential firms ISS and Glass Lewis, which give voting recommendations to shareholders. Darren Woods, the CEO of the oil giant, recognized the “desire of shareholders to drive change” and assured that the company was “well positioned to respond”. In 2013, ExxonMobil was still the most expensive private group on the stock market in the world. But its star has since faded and it was taken out in the summer of 2020 from the flagship Dow Jones index.

The management promised at the end of 2020 to step up its efforts to reduce its greenhouse gas emissions over the next five years and announced in February the creation of a subsidiary dedicated to less polluting energies. But the group currently only plans to spend $ 3 billion on it by 2025, which is low compared to its annual spending on oil and gas exploration. And he especially emphasizes carbon capture and storage techniques, contested by some activists.

The International Energy Agency said last week that in an attempt to keep global warming under control, any new oil or gas exploration project should be forgotten “now”. Under pressure from public opinion and from certain investors, all the major groups in the sector have had to review their climate strategy in recent months. Shell therefore submitted its strategy to reduce its CO2 emissions to the vote of its shareholders last week. Total will have to convince investors on Friday that it is doing enough for the climate. The French group has proposed to rename itself TotalEnergies to symbolize its diversification into cleaner energies.