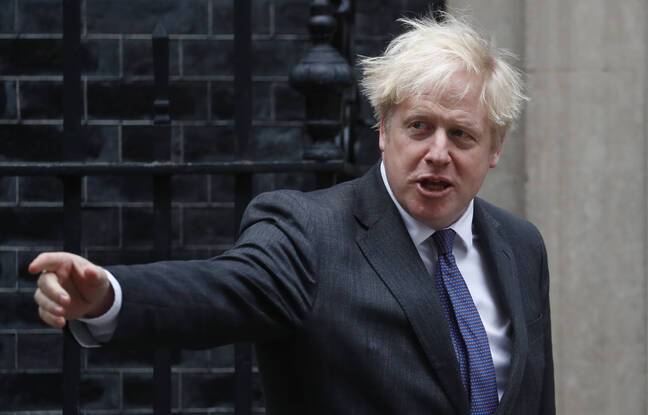 British Prime Minister Boris Johnson warned on Sunday that a failure in post-Brexit trade negotiations with the European Union remained the “most likely” scenario despite the decision of the United Kingdom and the EU to continue their discussions. “I have to repeat that the most likely thing now is of course that we have to prepare for (a Brexit) on World Trade Organization terms,” on January 1, the Tory leader said on British television.

Without a trade agreement by the end of December, trade with the EU will be carried out, from January 1, only under WTO rules, synonymous with customs duties or quotas, at the risk of a new shock for economies already weakened by the coronavirus. Even though a ‘no deal’ is not what London wanted, “we have made enormous preparations” for that eventuality, Boris Johnson said, reiterating his belief, whether it is okay or not, “it doesn’t matter what. ‘it happens, the UK will be very, very well’.

Fishing still at the heart of the blockage

The discussions stumble on three subjects: the access of European fishermen to British waters, the way of settling disputes in the future agreement and above all the conditions that Europeans demand of the British to avoid any unfair competition. “I’m afraid we’re still a long way off on some key points, but where there is life, there is hope,” said Boris Johnson. “People expect us to make an extra effort,” he added, justifying the decision announced on Sunday to continue negotiations.

The teams of European negotiator Michel Barnier and his British counterpart David Frost, who resumed their discussions this Sunday morning after completing them late at night, will therefore continue their negotiations, for the moment in Brussels. An extension can only be “a few days at most”, however, warned the French Secretary of State for European Affairs, Clément Beaune, in Sunday Newspaper.

German Chancellor Angela Merkel, whose country holds the rotating presidency of the EU, also insisted on Sunday on the need to do “everything possible to achieve a result”. The continuation of the discussions “is a good signal”, estimated the Irish Minister for Foreign Affairs, Simon Coveney, whose country is in the front line in the event of “no deal”.

Sign of renewed tension, the British Ministry of Defense announced that Royal Navy vessels were standing by to protect national fishing grounds where clashes could occur in the absence of an agreement. The UK, which officially left the EU on January 31, will abandon the single market and customs union for good on December 31.