Figure of the opposition, a billionaire accused of lèse-majesté 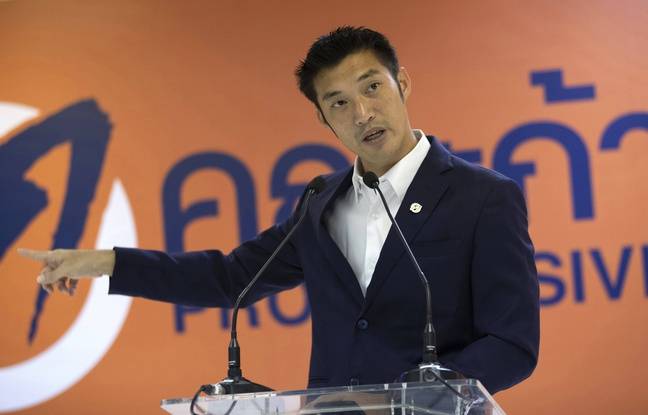 Billionaire Thanathorn Juangroongruangkit, a Thai opposition figure, was indicted on Tuesday with defamation of the monarchy for questioning the kingdom’s vaccination strategy against Covid-19. The lese majesty legislation punishes insults, criticisms, or defamations against King Maha Vajiralongkorn and his family up to fifteen years in prison.

The founder of the dissolved Future Forward party is accused of having questioned in January, in a video posted on social networks, the anti-Covid vaccination strategy of Thailand, too dependent according to him on the company Siam BioScience, detained by the Crown property bureau, the financial arm of the monarchy. A Bangkok court has charged the billionaire with the crime of lese majesté as well as a computer crime linked to the video.

Next hearing scheduled for May 7

“This had a positive result, to encourage the government to review its vaccination policy to manage the Covid-19 situation. There is nothing to worry about, ”assured the billionaire outside the court. The next hearing is set for May 7. According to him, the police “did not provide any citation or anything specific. It was a general accusation for speaking out on Facebook ”.

Thailand has ordered 61 million doses of the vaccine from the Swedish-British group AstraZeneca, and Siam BioScience plans to manufacture 200 million doses annually for the kingdom and the surrounding region. The lawsuit against Thanathorn Juangroongruangkit is part of a series of legal actions against him and other MPs elected under the Future Forward label.

Created in 2018, this movement has experienced a meteoric rise, establishing itself as the country’s third political force in the 2019 legislative elections – the first since the 2014 coup d’état – with the voices of young Thais worried about the role played by the army in political life. But justice dissolved it last year, Thanathorn Juangroongruangkit and other training officials being banned from political life.

This dissolution fueled discontent and helped launch the pro-democracy movement in 2020. Since the movement began in July, more than 70 people have been charged with lese majesty under article 12 of the Criminal Code, a text that had not been used for more than two years and that the authorities emerged in the face of the protest marked until December by imposing demonstrations before being hampered by a new wave of coronavirus.

“When we are supposed to be favorites, we are not good”, Les Bleus leave the Euro in the round of 16