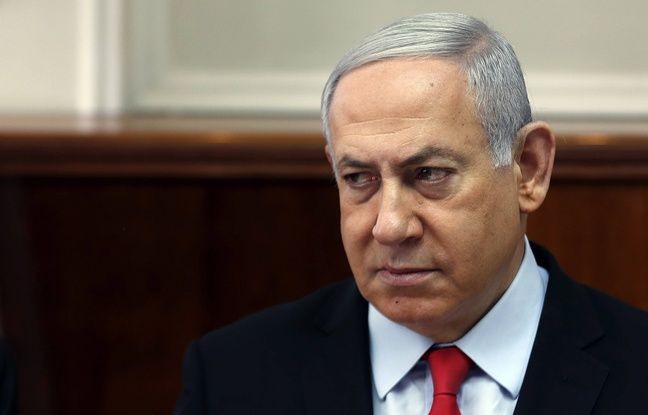 It was a phone call that took a long time to make. A month after coming to power, United States President Joe Biden finally spoke to Israeli Prime Minister Benjamin Netanyahu on Wednesday, during a phone call in which Iran featured prominently.

The time taken by the new tenant of the White House to contact Netanyahu had sparked controversy in the Israeli press and provoked strong criticism from some Republican tenors. It must be said that this delay contrasts with the acts of the former presidency. The Israeli Prime Minister was indeed particularly pampered by Donald Trump.

Will relations between the two countries change a little? “Good conversation”, simply summed up, laconic, Joe Biden from the Oval Office. “The discussion was warm, friendly and lasted about an hour,” said Benjamin Netanyahu on Twitter, adding that he had addressed the issues of the “agreements” of peace in the Middle East, the “Iranian threat” and the management of the Covid-19 pandemic.

The two leaders underlined “the importance of continuing close consultation on regional security issues, in particular Iran,” the White House said, without commenting on the thorny issue of the nuclear deal. Iranian. Joe Biden also insisted on the support of the United States for the recent normalization of relations between Israel and countries in the Arab world including the United Arab Emirates, Bahrain, Sudan and Morocco.

MBS is no longer Washington’s favorite

Questions remain about the posture that the new administration will adopt: will the United States actually push other countries in the region to embark on the standardization train? One of the key countries, seen as a potential candidate for standardization, is Saudi Arabia. In this regard, the Biden administration has already announced its intention to “recalibrate” its relations with Riyadh and to change interlocutor from Crown Prince Mohammed ben Salman (MBS) to King Salman.

According to the White House report, Joe Biden also stressed “the importance of advancing peace across the region, including between Israelis and Palestinians.” Where Donald Trump had promised from the outset, in 2017, to find the “ultimate agreement”, without ever achieving it, the Biden administration has shown from the start its prudence and its willingness to take its time. The new head of American diplomacy Antony Blinken also assured that the “two-state solution” was the only viable one, thus renewing the international consensus.