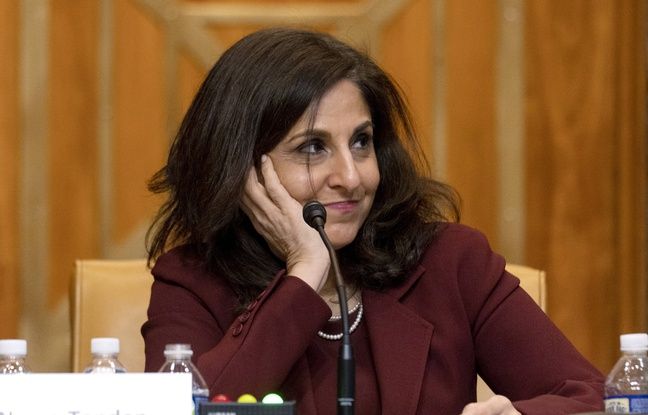 She pays for her caustic tweets. Joe Biden announced Tuesday the withdrawal of the candidacy of Neera Tanden to lead the budget in the White House in the face of opposition from key senators, the first setback for the new Democratic president who has a very narrow majority in Congress. “I accepted Neera Tanden’s request to withdraw” his candidacy, he said in a statement.

🔴First political defeat for Joe Biden: his Budget candidate, Neera Tanden, criticized on both sides for his caustic tweets, throws in the towel (aka the White House asked him to step down because there were no votes in the Senate to confirm it) pic.twitter.com/7Y2xX0LJaB

Republican senators but also a Democrat had openly declared themselves against his arrival as director of the Office of Management and Budget at the White House (OMB), a very powerful service, in particular responsible for developing the budget desired by the president .

Attacks on Republicans and Bernie Sanders

Since the announcement of her appointment, Neera Tanden has been the target of a crossfire of criticism: Republicans said they were outraged by old comments targeting senators, while progressives close to Bernie Sanders considered her too centrist. In the end, it was a more conservative Democratic senator, Joe Manchin, who largely condemned his chances by announcing, at the end of February, that he would not vote for her.

The West Virginia senator believed his “overtly political” statements would have a “toxic impact” on relations between Congress and the White House. The one who worked for the Clintons but also Barack Obama pays in particular muscular tweets in which she notably compared Mitch McConnell to a vampire. Supporting Hillary Clinton in 2016, she also regularly attacked Bernie Sanders.

Democrats have a very narrow majority in the upper house, with 50 senators versus 50 Republicans. In the event of a tie, Vice-President Kamala Harris has one vote to decide the vote. Presidential nominations need 51 votes to be approved by the Senate. Any Democratic defection must therefore be compensated by a Republican vote.

The White House has therefore intensely courted a handful of senators, including moderate Republican Lisa Murkowski who still had not spoken on Tuesday, while Independent Senator Bernie Sanders seemed more than lukewarm about this nomination and a moderate Democrat, Kyrsten Sinema, kept the mystery on his vote.

“I appreciate how hard you and your team at the White House have worked,” Neera Tanden wrote to Joe Biden, according to a statement. “Unfortunately, it now seems obvious that there is no way to get confirmation, and I don’t want the review of my appointment to be a distraction from your other priorities,” she added. by withdrawing his candidacy. On the other hand, Tuesday, Gina Raimondo was, without problem, confirmed as Secretary of Commerce.