“First signs” of improvement in Germany, the curves are flattening 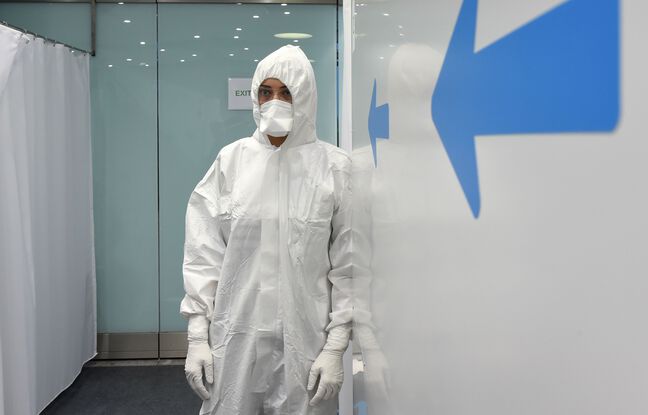 The best is in Germany on the coronavirus front. The country, which has closed restaurants, bars and public facilities for a month, is experiencing “first signs” of an improvement in the infection curve, the Robert Koch health watch institute communicated on Thursday.

“The curve is flattening”, rejoiced during a press conference the director of the Institute for epidemiological watch Robert Koch (RKI), Lothar Wieler, made “cautiously optimistic by the fact that the number of cases n ‘increases more so strongly’. The infection rate is close to 1, after having exceeded 3 in some parts of the country in recent weeks, a patient then infecting three other people.

Restrictive measures, such as the closure of bars and restaurants, the obligation to wear a mask or the strict restrictions on private meetings, “show that we are not powerless” in the face of the Covid-19 epidemic, has t he argues.

However, the director of the RKI recognized that this development could in part be caused by a saturation of analysis laboratories, overwhelmed by test requests. The latter are no longer carried out as systematically as in previous months, he admitted: now, a person with mild symptoms should no longer automatically be tested but rather “put themselves at home in quarantine for at least 5 days “.

Angela Merkel and her government are in any case preparing the country for a life that is still long disrupted by the virus, even if a vaccine is discovered. “I have known more carefree moments”, admitted Thursday morning Angela Merkel during a “dialogue with citizens”, confident in an exchange with a young apprentice that life should be “a little sad” without celebration or exit.

Winter with the virus

The day before, the Chancellor, who will leave power in a year, had warned that the epidemic would at least “keep us busy all winter”. The situation remains “very serious”, according to the director of the Robert Koch institute. “We must prevent the situation from deteriorating (…) Our goal is to bring infections to a level that our health system can cope with,” he explains.

“If there are 20,000 new people infected every day for another two weeks and that 2% of them must be admitted to intensive care”, these services may be saturated before the end of the month, describes the Minister of Health, Jens Spahn.

The director of the RKI recalled the rules to be followed, from hand washing to the regular ventilation of the rooms, through the reduction of contacts and placement in quarantine at the slightest symptom. “These measures will accompany us for a long time, even if we have a vaccine,” he warns.

Angela Merkel and regional leaders will take stock of the situation on Monday, before any decisions are made. The Chancellor thus opened the door on Thursday to a possible reopening of restaurants in December.

Discussions should partly focus on the proposal of Armin Laschet, leader of the most populous region, North Rhine-Westphalia, to bring the Christmas holidays forward in schools to reduce the risk of contamination in schools . The holidays would begin two days earlier, to limit contact before meeting with family for the holidays. These two days would be taken during the winter holidays, which will lose their flavor with the cancellation of carnivals and certain Christmas markets, very popular in Germany, and ski holidays strongly discouraged.

This measure will not prevent Christmas and New Year from being reduced to their simplest expression, do not hide the authorities. “Party as if nothing had happened, it will not work”, summarizes Jens Spahn, who “does not see events with more than 10 or 15 people this winter”.