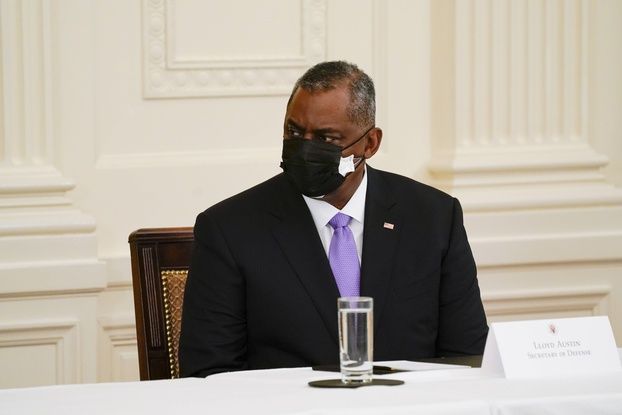 The two-day visit comes as the US administration tries to return to a nuclear deal with Iran abandoned by former President Donald Trump and which Israel opposes.

Lloyd Austin was greeted by his Israeli counterpart Benny Gantz at the Israeli Defense Ministry in Tel Aviv shortly after landing. The US secretary is also due to meet Prime Minister Benjamin Netanyahu, visit the Nevatim air base (south), the Holocaust memorial, Yad Vashem, as well as a site dedicated to fallen soldiers.

The visit of the senior American official takes place in parallel with discussions in Vienna between Iran and the other States parties to the 2015 agreement (Germany, China, France, Great Britain and Russia) on how to reintegrate the United States. United in this pact concluded in the Austrian capital.

The Vienna agreement has been dying since the American withdrawal in 2018, under the presidency of Donald Trump, which restored an avalanche of economic and financial sanctions against Tehran. In response, Iran began to break away from its commitments from May 2019, accelerating the pace in recent months. Joe Biden said he was ready to reinstate the agreement, therefore to lift the sanctions after negotiations.

For its part, Tehran says it is ready to return to the full and complete application of the text, on condition that the United States first lift all the sanctions it has reimposed or imposed against Tehran since 2018. Iran refuses however to discuss directly with the United States at this stage.

Israel is opposed to any deal that would allow Iran, its nemesis, to develop nuclear weapons. “An agreement with Iran that would pave the way for nuclear weapons (…) would in no way be binding on us,” Benjamin Netanyahu said on Wednesday.

Israel accuses the Islamic Republic of Iran of seeking to develop nuclear weapons, which Tehran has always denied. Mr Austin will also visit Germany, the UK and Belgium on his tour, according to the Pentagon.