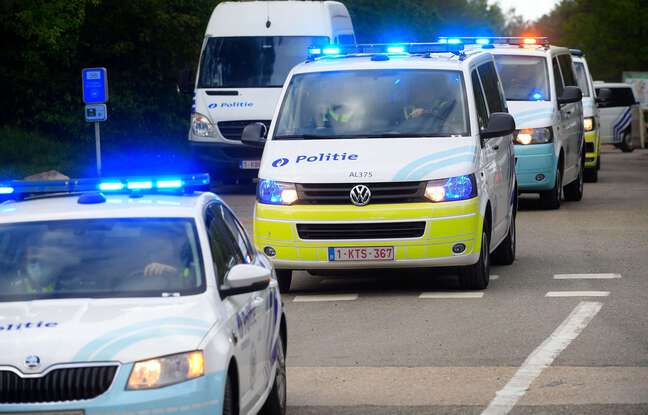 It is an “atrocious” drama. There is no word for it ”, according to the Minister of Justice, the Flemish liberal Vincent Van Quickenborne. Five people have been arrested and brought to justice in Belgium after the suicide of a 14-year-old girl, which could be linked to a rape in mid-May followed by a broadcast of video images on social networks, reported Tuesday the Belgian media.

The public prosecutor’s office in Ghent, Flanders, has confirmed the arrest of five young people, two adults and three minors, suspected of “facts that occurred shortly before the death of the victim”. However, he declined to comment on media reports claiming that an investigation has been opened for “rape”, “indecent assault” as well as “taking and disseminating images likely to undermine integrity”.

Victims encouraged to file a complaint

After their arrest “the two adults were imprisoned, and the three minors placed” in specialized institutions, simply indicated a communication officer of the prosecution. The Minister of Justice for his part promised that the culprits would be punished, and invited all victims of sexual violence to lodge a complaint and seek help from specialized professionals.

According to Flemish media, a 14-year-old girl killed herself four days after being gang raped in a cemetery in Ghent during which her attackers filmed the scene. The images were then broadcast on the internet, which would have been the trigger for the suicide, according to the father of the teenager, whose Flemish daily The newspapaer collected the testimony. Thanks to the images disseminated, the investigators were able to trace back to the alleged attackers. According to the first elements of the investigation reported by several media, the teenager had gone to Ghent thinking she was seeing only one friend. On his arrival at the meeting place, in a cemetery, this friend was then joined by four other young people, and the five allegedly participated in the attack.

Without mentioning a case of filmed rape, the Child Focus association noted a recent sharp increase in online attacks on the “sexual integrity” of minors (texting or abusive exchanges, dissemination of unauthorized images, financial blackmail, etc.). In 2020, thanks in particular to the first confinement linked to the coronavirus pandemic, the number of open files on such cases jumped 65% compared to 2019, said the association.