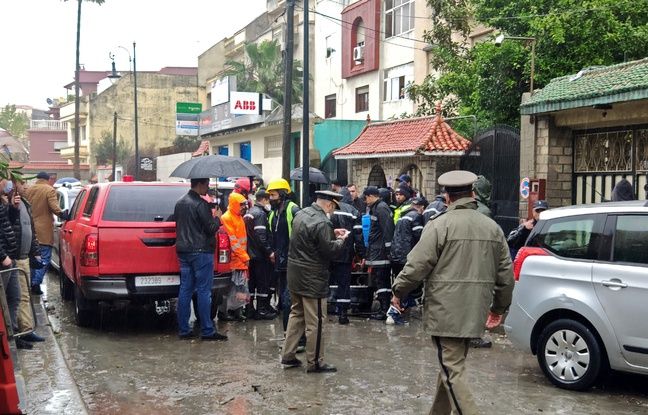 Heavy rains on Monday caused the flooding of a clandestine textile workshop installed in the basement of a private house in Tangier, Morocco. A provisional death toll shows at least 24 dead, according to the official MAP agency citing local authorities. Helpers deployed on the ground recovered 24 bodies, rescued ten survivors who were taken to hospital and are continuing the search, according to the same source.

Some local media report an electrocution problem but this information has not been confirmed by the authorities. Morocco has experienced heavy rains in recent weeks after a long period of drought. In early January, bad weather had caused dilapidated houses to collapse in Casablanca, the economic capital of the country, killing at least four people and injuring several, according to local media.

Often linked, in the countryside, to a phenomenon of sudden flooding of dry rivers, and in the city, to a deficit in the drainage system, floods regularly claim victims in Morocco. This is “the first risk in terms of people killed at the national level”, according to a report on climate risks published in 2016 by the Royal Institute for Strategic Studies (Ires).

In September 2019, the flooding of a wadi (river) carried away 24 passengers of a bus in the Errachidia region (south-east). A few days earlier, the sudden rise in water on a football field had killed seven people in the region of Tizert (southwest). In 2014, floods linked to torrential rains killed around 50 people and caused considerable damage in the south.

CPAM wants to encourage people over 80 to get vaccinated

The house in which Charles de Gaulle lived in London is on sale for 17.5 million euros