For Christophe Castaner, it is not yet time to reopen small businesses 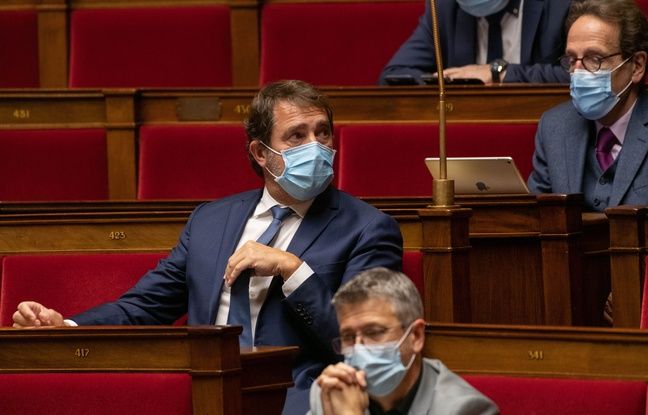 If the employers demand the rapid reopening of shops, Christophe Castaner is not of this opinion. The president of the LREM group in the National Assembly, estimated Tuesday that it was not yet time to reopen small businesses and called on the French to “stay at home as much as possible” during confinement. Asked about France Inter to know if he wanted these businesses to reopen on December 1, he said “of course, because that means that we will have won the fight against the Covid”.

But “today that is not the case, the thrill we are talking about is not enough, the number of cases must drop much more significantly”, he added, while the executive must make a new point Thursday at its weekly press conference which will be preceded, in the morning, by a Defense Council dedicated to the Covid, according to concordant sources.

“Unlikely that on November 12 the situation will be alleviated”

When the reconfinement was announced for one month on October 28, Emmanuel Macron said that such a point will be made “every two weeks” concerning “non-essential” businesses forced to close. According to an executive of the majority, “it is not betraying great secrecy to say that it is very unlikely that the situation will be alleviated on November 12” for these businesses.

“The goal is that by December 1 we can alleviate the constraint so that the Christmas races can take place normally. Until then, we must appeal to the discipline of people, “added this source. The closure, “it is unfair because the traders have taken all the health protection measures, but we must avoid (…) that we go to town and do the shopping”, insisted on his side Christophe Castaner, recalling the ‘goal of containment which is “that we stay at home as much as possible to avoid the spread of the virus.”

On Franceinfo Tuesday, the MEP EELV Yannick Jadot once again called for the reopening of small businesses, “from the moment when the health protocols are strict”, and pleaded for “to build rules that make us sustainable”, instead of a “succession of emergency measures” without “coherence” or “anticipation”.

The Minister of the Economy Bruno Le Maire, for his part, said he was ready on BFMTV to consider the payment of additional aid to traders and called for examining the means of “strengthening health safety rules” to allow a reopening , with a few ideas: appointment booking system in stores, opening on Sundays, extension of hours.