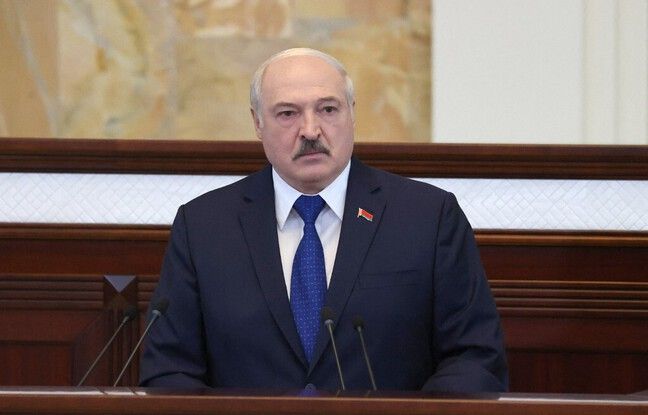 Belarusian President Alexander Lukashenko claimed to have acted “legally” by rerouting a civilian plane over Minsk after a bomb threat, dismissing the charge of hijacking the flight to arrest an opponent. “I acted legally, protecting my people,” he said, according to state agency Belta, during a speech to elected officials and other senior regime officials. Alexander Lukashenko ruled that accusing him of having sent a Mig-29 fighter plane to force the landing of the Ryanair flight was a “lie”.

“It is an absolute lie (to say) that the plane was forced to land by a Mig 29”, he insisted, “the mission of the fighter plane was to establish communication, to accompany the landing of the passenger plane in the event of an emergency ”. President Lukashenko also denounced this Wednesday “attacks” crossing “red lines” in response to international outcry over the rerouting of the plane to Minsk.

A “modern hybrid war” against Belarus

“Our adversaries abroad and at home have changed their methods of attacking our state. They crossed a multitude of red lines, going beyond the limits of understanding and human morality, ”he said, according to the Belta state agency. “They went from organizing riots to the stage of strangulation,” he denounced, in an apparent reference to the protest movement of 2020 which he attributes to an opposition led by the West.

He denounced a “modern hybrid war” against his country, which is a “theater of experimentation to then go to the East”. Alexander Lukashenko regularly accuses Americans and Europeans of wanting to overthrow him and then attack the Russia of Vladimir Putin, his main ally. As for the opposition journalist Roman Protassevich, arrested after the rerouting of his Athens-Vilnius flight, Alexandre Loukachenko called him a “terrorist”.