For now, the health crisis is not necessarily benefiting European far-right parties, according to a study 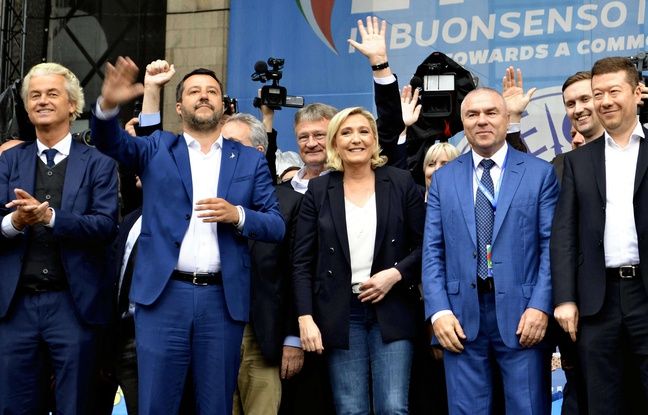 The health crisis does not necessarily fuel, at this stage, the national-populist vote in Europe while it has favored a “sanction dynamic” against Donald Trump in the United States, according to a study published Wednesday by the Jean-Jaurès foundation. In Europe, “the effect of the crisis does not seem to feed the vote for national-populist parties in a uniform way for the time being,” say the authors of this study, Gilles Ivaldi, researcher at Cevipof, and Oscar Mazzoleni , professor of political science.

The study notes “the lack of mechanical effect of the health crisis on the probability of voting for forces” such as the National Rally in France or the AfD in Germany. In Switzerland, the authors do not observe either “a tendency to sanction” the SVP in the ruling coalition. The reason given is “the classic ‘flag’ effect” which postulates that in times of crisis, when the nation is threatened, the leaders in place benefit from increased public support, because they are deemed “more credible, more competent” to fight the coronavirus.

Concerns about the economic consequences of the health crisis are certainly “particularly strong” in Italy and France, countries severely affected by the pandemic, and “weaker” in Germany or Switzerland, countries in which the epidemic appeared to be under control at the time. of the study conducted in September in these four countries as well as in the United States. But the most worried voters “do not appear, for the time being, more inclined to systematically turn to extreme right-wing parties” such as the RN or the AfD.

On the other hand, in Italy, the effect of these concerns seems “likely to fuel the vote in favor of the two main national-populist opposition parties”, the League (far right) and the Fratelli d’Italia (neo-fascist ). In the United States, on the other hand, the study points to a “sanction dynamic” with economic concerns which this time affected the voting intentions in favor of Donald Trump.

“The economic concerns of the Covid-19 pandemic may have constituted an Achilles heel of Trumpist national-populism in power, especially among the moderate electorate,” note the authors. However, “faced with the difficulties of governments to respond to urgent social demands, the parties of the national-populist right, by their anti-establishment strategy and their nationalist discourse, are able to capitalize on the frustration of the electorate. more concerned with the socio-economic development of the country ”, warn the authors.