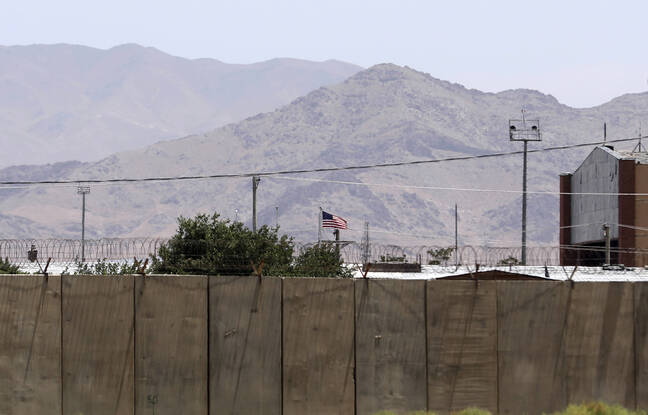 All American and NATO troops have left Bagram air base, the largest in Afghanistan, an American defense official announced on Friday, testifying to the imminence of the total withdrawal of foreign forces. from the country. This base, 50 km north of Kabul, was the hub of American operations throughout the war that began in 2001. It was from there that the air strikes against the Taliban and their allies were carried out. Al-Qaeda, and that the resupply of troops was organized.

This US defense official did not indicate when the base would be officially handed over to the Afghan army. “We welcome and support this departure,” said Taliban spokesman Zabihullah Mujahid. “Their complete withdrawal [d’Afghanistan] will allow Afghans to decide for themselves their future. “

Bagram will remain a military issue

The US army and NATO are very close to ending their engagement in Afghanistan, withdrawing their last soldiers from the country by September 11, the 20th anniversary of the 2001 attacks. The Taliban have stepped up their offensives in the country. all over Afghanistan since that final withdrawal began in May, taking control of dozens of rural districts, while Afghan security forces consolidated their presence in major cities. The ability of the Afghan army to retain control of Bagram airfield could be one of the keys to preserving security around the capital Kabul and to maintaining pressure on the Taliban.

Over the years, hundreds of thousands of US and NATO servicemen, as well as contractors, had established themselves in the Bagram base, which looked like a miniature town. At one point, it included pools, cinemas and spas, and even a boardwalk featuring fast food chains like Burger King and Pizza Hut. The base also houses a prison which has housed thousands of Taliban and jihadist prisoners. Bagram was built by the United States for its Afghan ally during the Cold War in the 1950s to protect it from the Soviet Union to the north.

9,500 foreign soldiers still present in May

Ironically, it was used by the Soviets during their invasion in 1979, and the Red Army expanded it considerably during the decade of occupation of the country. When the Soviets withdrew in 1989, it became a major issue in the civil war that followed. At one point, it even appears that the Taliban controlled one end of the three-kilometer track and their Northern Alliance enemies the other end.

In recent months, Bagram has become the target of rocket fire claimed by the Islamic State group, raising fears that it will soon be the object of a full-blown attack. As of May, there were nearly 9,500 foreign troops in Afghanistan, including 2,500 Americans. So far, this withdrawal has been carried out with full force, suggesting that it could be completed very quickly. For the moment, only Germany and Italy have confirmed that they have withdrawn their last troops.