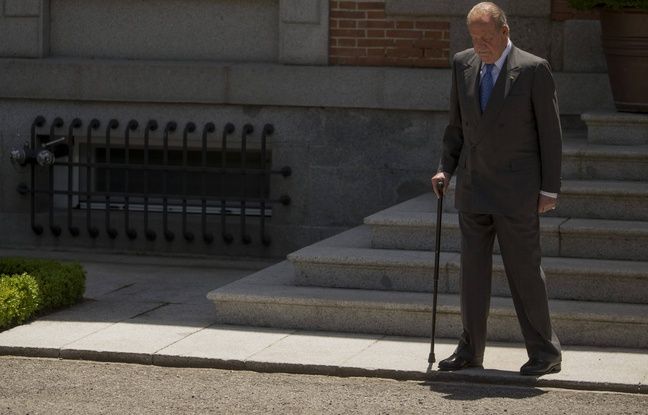 In order to regularize his situation, the former King of Spain Juan Carlos has settled a debt of nearly 680,000 euros to the Spanish tax authorities, his lawyer announced on Wednesday in a statement.

The former monarch, who abdicated in 2014, went into exile in the United Arab Emirates in early August and is the target of several investigations in Spain.

Credit cards used under another name

“King Juan Carlos (…) presented the tax authorities with a spontaneous declaration which gave rise to a tax debt, already settled, in the amount of 678,393.72 euros, interest and penalties included”, indicated his lawyer Javier Sanchez -Junco in a press release. In this succinct text, the lawyer adds that his client “remains, as he always has been, at the disposal of the public prosecutor for any procedure or action that the latter considers appropriate”. Sunday, the newspaper The country revealed that this ex-monarch’s tax return was linked to an ongoing anti-corruption investigation into the former monarch’s use of credit cards.

This investigation focuses on the alleged use by Juan Carlos of credit cards linked to bank accounts not in his name, in order to find out whether he used nominees to launder money, officials said. judicial sources in early November. These bank accounts are in the names of a Mexican entrepreneur and a Spanish Air Force officer, according to these sources. If it is proven that Juan Carlos used funds withdrawn from the tax authorities, the former sovereign, who had abdicated in June 2014, could be exposed to prosecution for the offense of money laundering.

An investigation opened and entrusted to the Supreme Court

The former head of state is also targeted by a second investigation which concerns possible corruption offenses in the context of the award to Spanish companies of a contract for the construction of a high-speed train in Saudi Arabia in 2011. At the heart of the case, a transfer of 100 million dollars that Juan Carlos would have, according to the Swiss newspaper La Tribune de Genève, received in 2008 on an account in Switzerland from Saudi Arabia.

Finally, a third judicial investigation was opened against him after a report from the money laundering prevention service and entrusted to the Supreme Court, the only one empowered to try a former sovereign, announced the Spanish justice in November without giving details on the circumstances or motives at the origin of this investigation. The former monarch left Spain in August, saying he wanted to “facilitate the exercise” of his functions for his son and current king, Felipe VI.