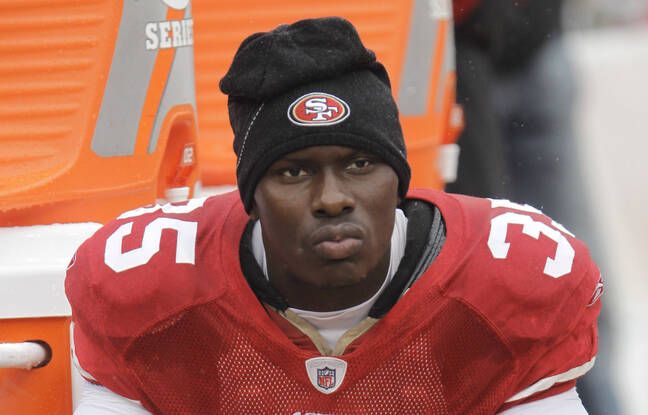 Six corpses and a lot of questions. A former professional football player is suspected of killing five people, including two children, on Wednesday before committing suicide in the US state of South Carolina, the local sheriff said Thursday. This quintuple murder comes as the United States has faced an increase in gun violence since last year, and was rocked by two killings in early 2021, in Atlanta, Georgia and Boulder, Colorado. Thursday Joe Biden announced a series of limited executive orders to tackle the “epidemic” of gun violence.

Former San Francisco 49ers player Phillip Adams is said to have killed the victims with a gun in the late afternoon in his hometown of Rock Hill, York County, before returning to the family home, where he s ‘committed suicide shortly after midnight.

“We don’t yet know why it happened,” York County Sheriff Kevin Tolson said at a press conference Thursday afternoon. “None of this makes sense. “Thursday evening, the sister of the suspect, Lauren Adams, assured the American media that the mental health of her brother had deteriorated two years ago, with an increasingly” erratic “behavior.

A doctor, his wife and two of their grandchildren

The five victims are a 70-year-old doctor, his 69-year-old wife and two of their grandchildren, aged 9 and 5, as well as a 38-year-old man, an employee of a boiler company who worked in the outside their house.

The doctor, Robert Lesslie, was a “pillar” of the community, said the sheriff. Dr Lesslie had founded a health center nearby, according to local media. “The losses that afflict us are unspeakable,” wrote the families in a statement read by Kevin Tolson during the press briefing. A sixth person, a second technician present on the scene, was hospitalized, said the sheriff.

After removing the parents of Phillip Adams, who did not know what had happened, from their home, the police tried to reach the former American football player who remained in the house, added Kevin Tolson. The police then entered the building and discovered the body of Mr. Adams, who died of a self-inflicted injury.

“Screwed up” by American football

Asked by local television station WCNC, Alonzo Adams, the father of the suspect, said his son had recently left his home to relocate with his parents, saying: “I think (American) football screwed him up. . “

A former college athlete, Phillip Adams had seen his professional career marked by injuries, including concussions. He had played for the 49ers, as well as the New England Patriots and New York Jets, among others, before ending his career in 2015 with the Atlanta Falcons.

At present, it is not known whether he suffered from chronic traumatic encephalopathy (CTE), a brain degeneration that affects many athletes with concussions, and can cause cognitive impairment and erratic or even violent behavior. . It is only after an autopsy that a brain scan can establish this diagnosis, as in the case of ex-NFL player Aaron Hernandez, who was tried for a double murder before committing suicide in 2017. He was only 27 years old, but according to the doctor who examined his brain, he had very advanced signs of CTE usually seen in 50-year-olds.