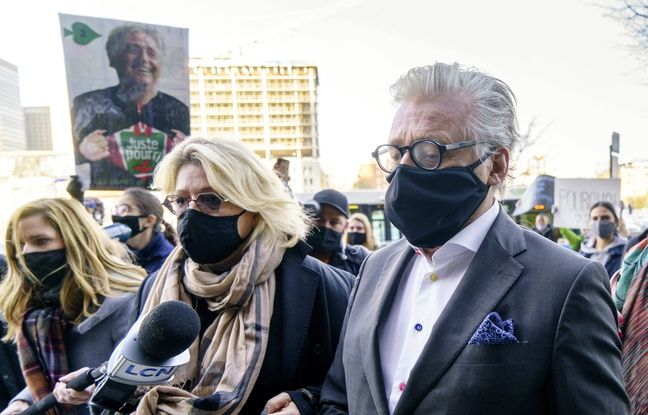 An actress is suing the former Quebec humor mogul Gilbert Rozon, ex-juror of the show “France has an incredible talent”, in civil proceedings for an alleged sexual assault dating back to 1994, we learned from her lawyers.

“Patricia Tulasne today filed a civil suit against Gilbert Rozon. Ms. Tulasne is claiming $ 600,000 from her in compensatory damages, as well as $ 1 million in punitive damages for the sexual assault she suffered in 1994, ”said the Trudel Johnston & Lespérance firm, in a press release.

The 62-year-old Quebec actress claims to have been “brutally raped” by Gilbert Rozon, according to a request filed at the Montreal courthouse, cited by the media. Contacted, the Montreal courthouse could not send the document to AFP Thursday morning. The actress is the spokesperson for “Courageuses”, a collective which brings together twenty women presumed victims of the former producer between 1982 and 2016, which Rozon firmly denies.

The Supreme Court of Canada rejected in the fall the appeal of this group, which wanted to take collective action against Rozon. “This lawsuit comes in the wake of the Supreme Court of Canada’s decision not to hear the Courageuses’ appeal after the Quebec Court of Appeal denied them permission to prosecute their attacker by way of collective action, ”added Ms. Tulasne’s lawyers.

Patricia Tulasne has appeared in several films by Quebec director Xavier Dolan, including “I killed my mother”. Gilbert Rozon, founder of the group “Just for Laughs”, had been splashed by accusations of sexual assault in October 2017, which forced him to leave his post in the midst of the #MeToo movement.