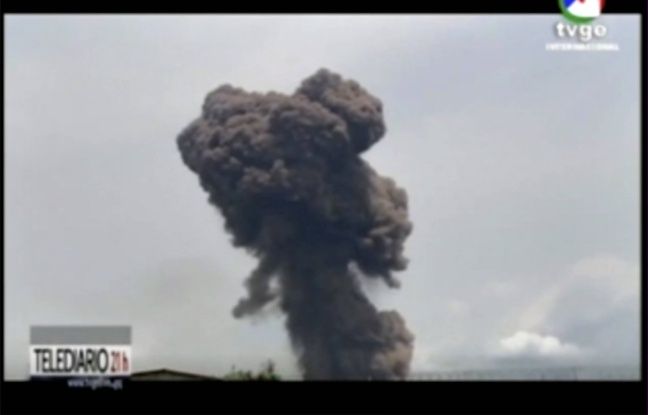 Equatorial Guinea is in shock. At least 20 people were killed and 600 injured on Sunday in four accidental explosions of arms and ammunition depots at a military camp which also literally razed several residential areas. President Teodoro Obiang Nguema, who has ruled this small Central African country with an iron fist for nearly 42 years, accused farmers of letting a poorly controlled scald fire spread and the military in charge of monitoring the arsenal of “neglect”.

In an impressive radius around this camp in Bata, the economic capital, houses and other buildings have been gutted, flattened and huge concrete blocks litter the streets for hundreds of meters, according to images on state television. TVGE.

An atmosphere of chaos

Many children, women, men and old people fled, sometimes carried or limping, a desolate landscape still shrouded in thick swirls of smoke and dust after at least four terrifying blasts spaced long minutes apart. In a hospital in Bata, many wounded, some lying on the floor and receiving a drip, received first aid in an atmosphere of chaos, according to TVGE images.

The city of Bata is home to about 800,000 of the 1.4 million inhabitants of this small state rich in oil and gas but where the vast majority of the population lives below the poverty line. According to a tweet from the Ministry of Health, many residents of the neighborhoods surrounding the explosions must still be under the rubble of their homes or buildings.

Teodoro Obiang Nguema, who at 78 years old holds the world record for longevity for a president currently alive, ordered an investigation and “called on the international community to support Equatorial Guinea in these times made even more difficult by the conjunction of the economic crisis due to the fall in oil prices and the Covid-19 pandemic ”. It remains to be seen how it will be heard. The country, whose currency is the CFA Franc, is one of the most closed on the continent if not the world and the regime of Teodoro Obiang Nguema is regularly accused of human rights abuses by international organizations.