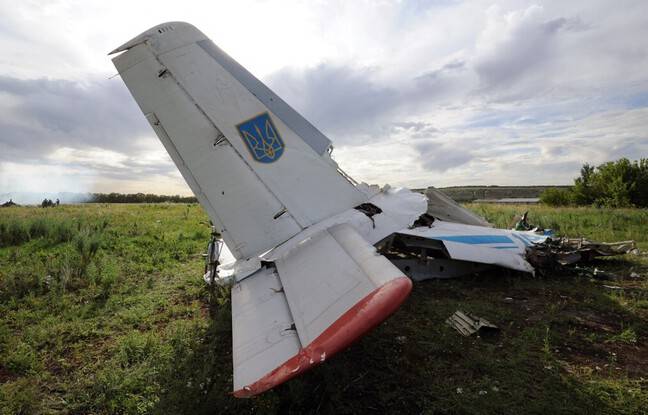 Another Russian-made Antonov An-26 plane crashed. Four people died and two survived in the crash on Saturday of a military plane trying to land in Kazakhstan’s largest city, Almaty, authorities said.

Extracts from the medium-haul in flames, the survivors are in intensive care, in an “extremely” serious state, according to the same sources. “According to preliminary data, four people died and two injured were taken to the nearest hospital,” the Ministry of Emergency Situations of the Central Asian country said in a statement.

Crash in the airport

According to Almaty airport (south), communication with the Antonov An-26 ceased around 5:20 pm “during the approach phase” of the landing then “the aircraft crashed at the end of the runway” . The Kazakh ministry said the aircraft was on a flight from the capital Nur-Sultan to Almaty. No reason has yet been given but a strong fog was touching the city at the time of the crash.

According to the Russian Interfax news agency, the device belonged to the National Security Committee, the Kazakh special services. It caught fire after crashing into the airport. According to management, “the plane crashed at the end of the runway.” A swarm of rescue vehicles, ambulances, police and firefighters were on the scene. Videos taken earlier today from a road near the airport by witnesses, published by local media, showed thick smoke rising in the distance after the crash.

Precedents on the Antonov An-26

The President of Kazakhstan, Kassym-Jomart Tokayev, offered his condolences to the victims in a message on Twitter. “Under my orders, the work to clarify the reasons for the crash has started,” he wrote. “Such incidents should not happen again.”

This drama is not the first to involve an Antonov An-26. In October 2020, an An-26 military transport had already crashed on landing in eastern Ukraine, killing 26, mostly students at a military school, and one survivor. A month earlier, four South Sudanese passengers and three Russian crew members were killed in the crash of an An-26 from a local company near Juba, the capital of South Sudan.

Almaty airport had already been the scene of an air accident in December 2019, when a plane from the local company Bek Air with 98 people on board crashed about fifteen minutes after takeoff. Twelve people had died. Bek Air subsequently did not fly and its license was revoked last year.