Four deaths from Ebola, the first in the country since 2016 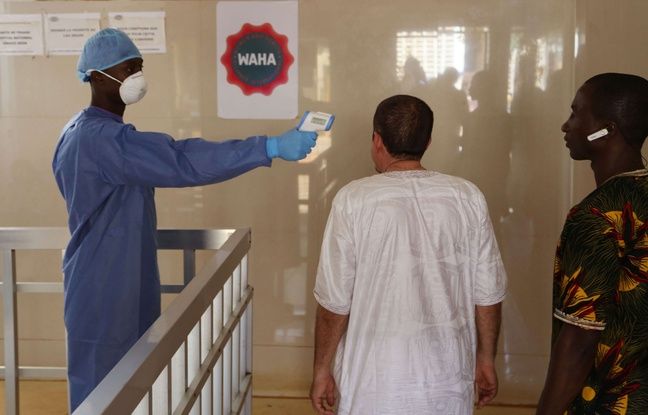 As the world stares at the numbers of the spread of Covid-19, the Ebola virus is talking about it again. Four people have died of hemorrhagic fever in Guinea, the first reported resurgence of the disease in West Africa, from where the worst epidemic in the history of the virus (2013-2016) started, the Guinean minister said on Saturday. of Health.

“We are really concerned, there are already four deaths from Ebola hemorrhagic fever in the region of Nzérékoré (South-East), including two in Nzérékoré itself and two in the sub-prefecture of Gouéké,” said the minister. , Rémy Lamah.

“There is a nurse from Gouéké who fell ill towards the end of January. She died between January 27 and 28 and was buried on February 1 in Gouéké ”, for his part explained the boss of the National Health Security Agency (ANSS), Dr. Sakoba Keïta, quoted by the site Guinea Morning. “Of those who attended the funeral, eight people showed signs: diarrhea, vomiting and bleeding. Three of them died and four others are hospitalized in Nzérékoré, ”he added.

A laboratory set up by the European Union

The head of the ANSS and the Minister of Health both indicated that the samples analyzed by a laboratory set up by the European Union in Guéckédou, in the region, had detected the presence of the Ebola virus. “We have made all the arrangements, an alert team is on site to identify contact cases,” said Rémy Lamah. “I am worried as a human being, but I remain calm because we managed the first epidemic and vaccination is possible. There will be a crisis meeting tomorrow ”Sunday, he added.

Causing a sudden fever, headaches, vomiting and diarrhea, the Ebola virus was first identified in 1976 in Zaire, now the Democratic Republic of the Congo. Since then, this virus, for which there are two experimental vaccines but no cure, has spread terror in Africa several times. Starting in December 2013 from Guinea, before spreading to neighboring Liberia and Sierra Leone, the epidemic in West Africa ended in 2016 after reaching 10 countries, including Spain and the United States. , causing more than 11,300 deaths for some 28,600 recorded cases, more than 99% in Guinea (2,500 deaths), Liberia and Sierra Leone. This assessment is undervalued by the admission of the World Health Organization.