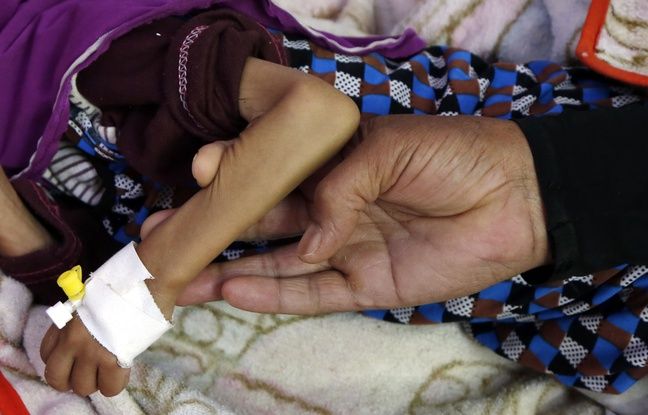 More than 4,000 children have been treated for malnutrition since the start of the year in the south of Madagascar, which is in the grip of a severe drought. This is what the NGO Action Against Hunger (ACF) announced on Thursday.

Food insecurity is exploding in several areas of the Big Island. It is suffering the effects of three consecutive years of below-average precipitation, mixed with those of the Covid-19 pandemic. The Great South of Madagascar, very poor, where the majority of the population has difficulty surviving from agriculture, suffers most of the impact.

A #Madagascar the climate crisis in the far south is causing an alarming increase in cases of #malnutrition. 4000 children under 5 years old have been admitted each month to health centers for severe forms of undernutrition since early 2021. https://t.co/6aVrLiZjRh

ACF says it has welcomed more than 4,000 children under the age of five in its mobile health centers in the Great South since the start of 2021, more than double the same period of 2020, a time when food insecurity was already widespread. “This is a humanitarian emergency, the children will die if we do not take care of them,” said in a statement the director of operations of ACF in southern Africa, Valérie Ceylon.

The situation is “much more serious than in other years” in southern Madagascar, which experiences a so-called lean period each year, between the end of reserves from the previous harvest and the new harvests, warns ACF. According to the NGO, which calls for additional funding, its teams have witnessed “desperate eating practices”, people eating clay or unripe mangoes.

Lack of rainfall in some homes depleted food stocks as early as September 2020. In addition to drought, deforestation has increased the intensity of sandstorms that destroy crops, prompting pessimistic forecasts about agricultural production in the country. year to come. The World Food Program (WFP) in January called for emergency aid of $ 35 million to combat the food crisis in Madagascar.