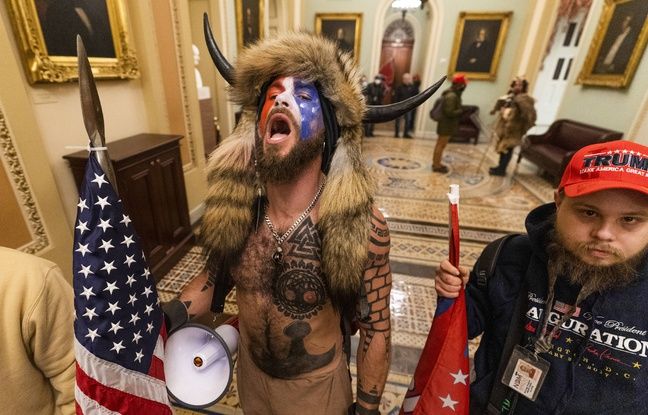 According to Democrats, the Jan. 6 attack was the “culmination” of four years of violence at best “celebrated” by Donald Trump, and at worst “encouraged”. On the third day of the impeachment trial of the former US president, Thursday, Democratic prosecutors released a video compiling four years of excesses during the “MAGA” rally passing through Charlottesville.

“Get him the hell out of here”, “Knock the crap out of him”, “I will pay for the legal fees”, “very fine people on both sides… Supercut de 4 ans de Trump encourageant ou se réjouissant de la violence de ses supporteurs #TrumpTrial pic.twitter.com/yNpbyuma7Z

Protester violently dragged to the ground or hit on the head during meetings “Make America Great Again” in 2015-2016, Republican candidate who attacks a journalist … Donald Trump is delighted, punctuating his speeches with “Get him out” or “Smash it”, regretting “the good old days” when the police could “hurt” the demonstrators, and promising to “pay the lawyers’ fees” of his supporters.

“If he does it again, we can only blame ourselves”

And then there is his reaction after Charlottesville, where neo-Nazis sang “The Jews will not replace us”, and where a far-right activist had run into the crowd, killing a demonstrator. “There are good people on both sides,” then assured Donald Trump, who has always dragged his feet to firmly condemn white supremacists or armed militias, preferring to highlight the mobilization of “patriots”.

Donald Trump’s lawyers will defend him on Friday. They should retaliate with videos showing inflammatory speeches by elected Democrats and violence on the sidelines of the anti-racist protests this spring.

“Who in this room can believe that he will stop inciting violence to achieve his ends, if he is allowed to return to the Oval Office?” “, Launched the chief prosecutor of the Democrats, Jamie Raskin, concluding:” If he returns to power and starts again, we can only blame ourselves. “

The match rescheduled by the LFP, Marseille does not appeal sanctions