Fourth election “for or against” Benjamin Netanyahu 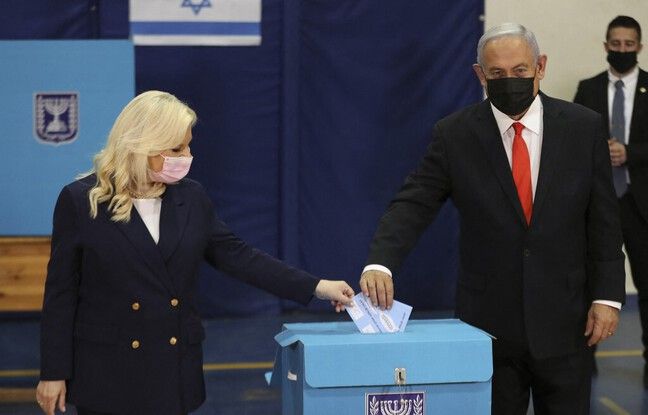 More than 6.5 million Israelis vote this Tuesday for a fourth election in less than two years which focuses on the political future of Prime Minister Benjamin Netanyahu, tried for “corruption” but also architect of an intense anti-vaccination campaign. -Covid in the country.

The polling stations opened at 7 a.m. and must close at 10 p.m., a prelude to the dissemination of the first polls at the exit of the polling stations, before more final results expected Friday according to the Electoral Commission. For or against “Bibi”, nickname of Benjamin Netanyahu? That remains the question of an endless political soap opera.

But, for this fourth episode, the actors have changed, the role of Netanyahu’s main rival, attributed in the last three elections to General Benny Gantz, now devolved to Yair Lapid, leader of the centrist Yesh Atid party (“There is a future ”). “This is the moment of truth (…) either Yesh Atid is strong or we have a government of darkness, racist and homophobic”, declared Yaïr Lapid, calling on voters to reject the Prime Minister’s Likud.

In their quest for the Grail – a majority of 61 deputies out of the 120 in Parliament to form a government – Yaïr Lapid is counting on an agreement with parties of the left, of the center, but also of the right, disappointed by the Prime Minister, while Benjamin Netanyahu intends to make an alliance with religious groups and, again, with the far right.

“I hope this is the last election” in order to be able to put an end to the political crisis in Israel, launched Benjamin Netanyahu while depositing his ballot in the ballot box. In addition to Yaïr Lapid, the roles of main rivals of Benjamin Netanyahu this time go to the rebellious Gideon Saar and the tenor of the radical right Naftali Bennett.

The latest polls put the Likud in first place with around 30 seats (out of 120), followed by around 20 for Yaïr Lapid’s troops, and around ten each for the parties of Gideon Saar and Naftali Bennett. Then follows a series of formations (Arabs, ultra-Orthodox, left, secular nationalists) whose performance could have a significant impact on the ability of the two major camps to form a government.