France in turn sends oxygen to India, always at its worst 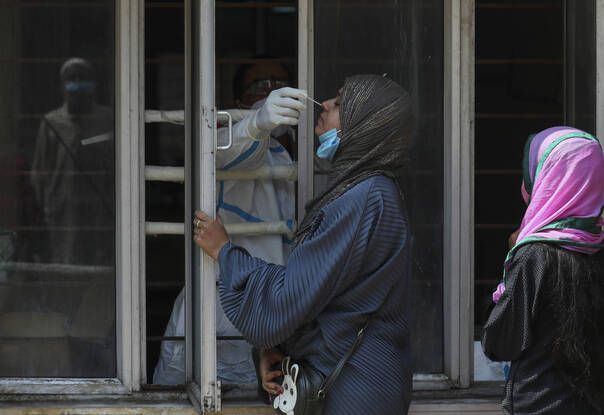 India, still deploring nearly 400,000 new cases of Covid-19 and a record of deaths in 24 hours, continued to receive medical aid from abroad on Sunday, intended to relieve hospitals saturated with patients in need oxygen.

A cargo plane specially chartered by France landed in New Delhi early Sunday morning with 28 tons of medical equipment on board, AFP said.

Hospitals in the Indian capital are inundated with sick people, leading to shortages of beds, medicines and oxygen with often fatal consequences for many people, who die in front of establishments without being able to be treated.

This equipment can also fill bottles with a flow rate of 20,000 liters per hour, adds the press release, each plant being able to continuously supply an Indian hospital with 250 beds without interruption for ten years.

According to the latest figures from the Ministry of Health on Saturday, New Delhi has recorded 27,000 new infections and 375 deaths in the past 24 hours. This freight, the first phase of the French “solidarity operation”, also includes 28 respirators and 200 electric syringe pumps.

“India helped us last year in French hospitals, when the need for drugs was enormous. The French people remember it,” Emmanuel Lenain, the French ambassador to India, said on Sunday. “We wanted to show solidarity now that the country is facing difficulties.”

The vast country of 1.3 billion inhabitants has recorded nearly 400,000 new infections in the past 24 hours. There were also 3,689 additional deaths on Sunday, the largest increase ever recorded in one day, bringing the total death toll to more than 215,000 deaths. Very high figures that many experts believe, however, to be largely undervalued.

After US aid from more than 400 oxygen cylinders and a million coronavirus tests arrived on Friday, India received medical aid from Germany. A German military plane landed in Delhi on Saturday with 120 respirators on board.

The authorities in New Delhi announced the same day the extension of his confinement for an additional week. Containment was originally scheduled to end on Monday, but the number of new cases continues to rise rapidly in the huge city of 20 million people.

Most of its cemeteries are now full and many crematoriums are in continuous operation, with the influx of deaths sometimes forcing bodies to be cremated on vacant lots or parking lots.

In April alone, Delhi recorded more than 7 million new infections. On Sunday, the eastern state of Odisha, in turn, declared containment to slow the spread of the epidemic.

On Saturday, India opened the vaccination against Covid-19 to its entire adult population, i.e. some 600 million adults.

The vaccination “is a necessity now. There are so many people who have tested positive,” Megha Srivastava, a 35-year-old scientist, told AFP outside a Delhi vaccination center on Saturday, as she prepared to get the vaccine. Several states, including Maharashtra and New Delhi – among the most affected -, however, have warned of running out of vaccines.

The expanded deployment of this campaign is further hampered by administrative quarrels, price confusion and technical issues on the government’s digital vaccination platform. So far, around 150 million vaccines have been administered in total, or only 11.5% of the population, and just 25 million people have received their two injections.