France proposes a resolution for a ceasefire to the UN 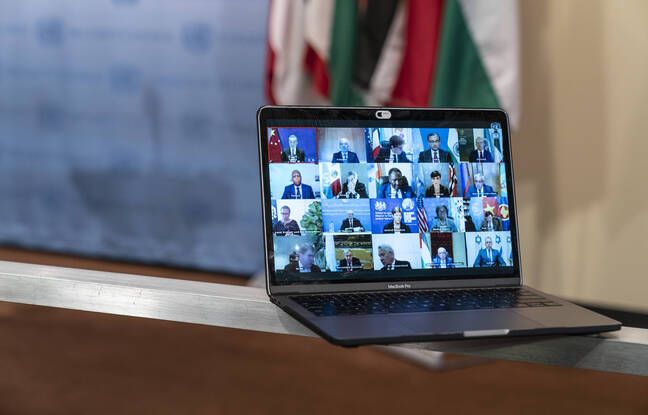 Will the fourth attempt be the right one? France on Tuesday proposed a resolution to the UN Security Council, in coordination with Egypt and Jordan, which calls for a ceasefire in the conflict between Israel and Gaza, taking the risk of pointing the States – United.

During a meeting between French Presidents Emmanuel Macron and Egyptian Presidents Abdel Fattah Al-Sisi and, by videoconference, King Abdullah II of Jordan, “the three countries agreed on three simple elements: the shooting must stop, the time has come for a ceasefire and the UN Security Council must take up the subject, ”via a resolution, the Elysee said. During a closed-door Security Council meeting, the fourth in eight days, France spoke about the draft resolution, according to diplomats in New York.

A vote “as soon as possible”

Tuesday evening, several member countries of the Security Council told AFP that they had not yet received the French text, which would be “short and simple”, according to a diplomatic source.

France, which has been calling for a rapid ceasefire for several days, said it supports mediation led by Egypt. Emmanuel Macron and his Egyptian counterpart, present for two days in Paris for a summit on African economies, spoke at length on Monday on this subject and decided on Tuesday to seek Jordan’s support. The French president also met with his Tunisian counterpart, Kaïs Saied, whose country currently sits as a non-permanent member of the Security Council and who therefore represents the Arab world.

The French resolution proposal comes as the UN Security Council has been blocked for eight days by the United States on the adoption of a simple declaration on the conflict, according to diplomatic sources. Washington refused three proposed by China, Tunisia and Norway. But at the same time, Joe Biden told Benjamin Netanyahu on Monday that he “supports” a ceasefire.

During a closed-door meeting, “we heard the proposal made by our French colleague in the Council and, for China, we certainly support all efforts facilitating an end to the crisis and a return to peace in the Middle East. Chinese ambassador to the UN, Zhang Jun, president-in-office of the Council in May, told a few reporters. In addition to China’s explicit support for France’s draft resolution, Russia is also inclined to adopt the text, Russian Deputy Ambassador to the UN, Dmitry Polyanskiy, told AFP.