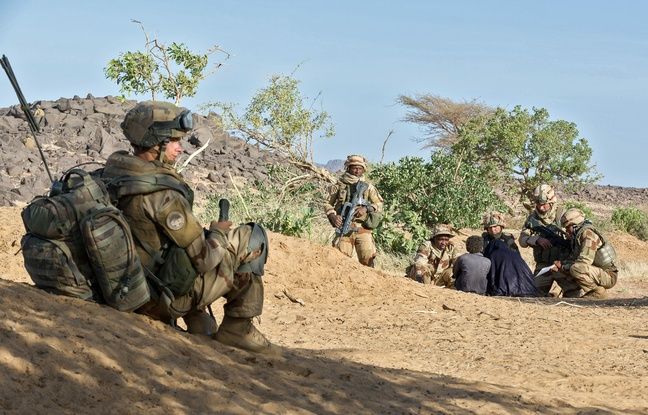 France, of which more than 5,000 soldiers are deployed in the Sahel, will resume its joint operations with the Malian armed forces, after suspending its bilateral cooperation following a second coup d’état in Mali in May, announced Friday evening. the Ministry of the Armed Forces.

“Following consultations with the Malian transitional authorities and the countries of the region, France takes note of the commitments of the Malian transitional authorities” endorsed by the Economic Community of West African States (ECOWAS) and “decided to resume joint military operations as well as national advisory missions, which had been suspended since June 3,” Paris said in a statement.

After a second putsch in nine months which made Colonel Assimi Goïta the head of this crucial state for stability in the Sahel, France declared a month ago to suspend joint operations with Malian forces, with which it has been cooperating for many years. years against the jihadists.

A group of colonels had urged Malian President Ibrahim Boubacar Keïta to resign in August 2020. The coup plotters then committed under international pressure to a transition period limited to 18 months and led by civilians.

But on May 24, Colonel Goïta, who remained the real strong man of the transition, trampled on this commitment by arresting the President and the Prime Minister. He has since been proclaimed president of the transition by the Constitutional Court.

“France remains fully committed, with its European and American allies, alongside the Sahelian countries and international missions” to fight the jihadist groups that are rife in the Sahel, the Ministry of the Armed Forces concluded on Friday in its press release.

President Emmanuel Macron recently announced France’s gradual disengagement from the Sahel. The French anti-jihadist force Barkhane (5,100 men currently) will disappear in favor of a tightened device, focused on the fight against terrorism and support in the fight of local armies. But “this transformation does not mean leaving the Sahel, nor that we are going to slow down our counterterrorism operations” in the region, French Minister of the Armed Forces Florence Parly said earlier on Friday.

“We have a collective responsibility, (we) Europeans, for securing the southern flank of Europe. It is essential not to allow the Sahel and Africa more broadly to become a zone of refuge and expansion for these terrorist groups affiliated with Daesh (the Arabic acronym of ISIS) and Al Qaeda ”, he added. she judged.

To reduce the sails in the Sahel, France is counting heavily on the rise of the group of European special forces Takuba, created at the initiative of Paris to accompany Malian units in combat.

“Today, we do not see any inflections, reluctance or questioning linked to the political situation” in Mali, assured Florence Parly, considering “all the more important that we consolidate Takuba that we see him a major role in the coming years ”.

Takuba today brings together 600 men in Mali: half are French, the others Estonians, Czechs, Swedes and Italians. Romania has also committed to participate.