France suspends its joint military operations with the Malian army 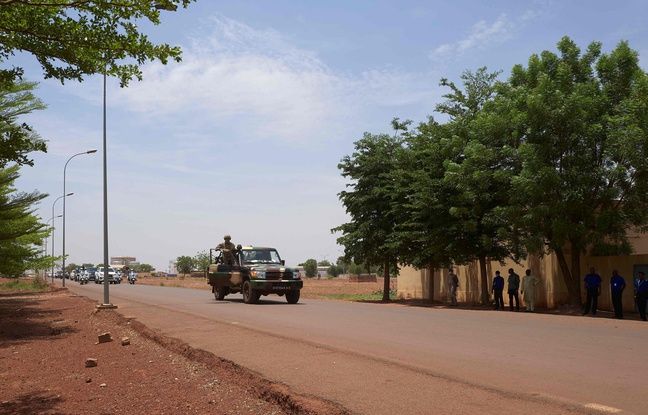 France “has decided to suspend joint military operations with Malian forces”, “pending guarantees” on the return of civilians to power following elections scheduled for February 2022, the ministry of Armies, after a second coup in nine months in Mali.

“Requirements and red lines have been set by the ECOWAS and the African Union to clarify the framework of the political transition in Mali”, and “while awaiting these guarantees, France (…) has decided to suspend , as a precautionary and temporary measure, the joint military operations with the Malian forces as well as the national advisory missions for their benefit ”, underlines the ministry in a press release.

France thus expresses its condemnation of the coup d’etat

“These decisions will be reassessed in the coming days in the light of the responses that will be provided by the Malian authorities”, concludes the ministry while Mali, shaken by two coups d’état in nine months, is a key country in the fight against -jihadist in the Sahel, in which France is very involved.

By this decision, it expresses on the ground its condemnation of the coup d’état, and tries to support the pressures of the international community on the military putschists of Mali.

The French force Barkhane, strong of 5,100 soldiers in the Sahel, will continue to operate but for the time being in solo, one specifies at the ministry for the Armed forces. On the other hand, the Takuba force started by France, composed of European special forces units and supposed to train the Malian army in combat against the jihadists, is among the suspended activities.

In Mali, a military official confirmed on condition of anonymity that the Malian hierarchy had been informed by France of the withdrawal of its aid workers with the Ministry of Defense and of the suspension of joint operations.

During the first coup, on August 18, 2020, President Ibrahim Boubacar Keïta, accused of corruption and powerlessness in the face of insecurity, was overthrown after several months of anti-government protests. But the junta then commits to a transition to civil power within 18 months.

On April 15, the transitional authorities set dates in this sense in February and March 2022 for the presidential and legislative elections.

However in May, the soldiers, dissatisfied with a recomposition of the government decided upon following a growing dispute, arrested the president and the prime minister, Bah Ndaw and Moctar Ouane, taken under duress to the military camp of Kati, near Bamako.

The Constitutional Court then declares head of state and transitional president Colonel Assimi Goïta, a key man in the current political crisis. The latter assured that the planned elections will be held during 2022.