France will reopen its embassy in Tripoli on Monday, announces Emmanuel Macron 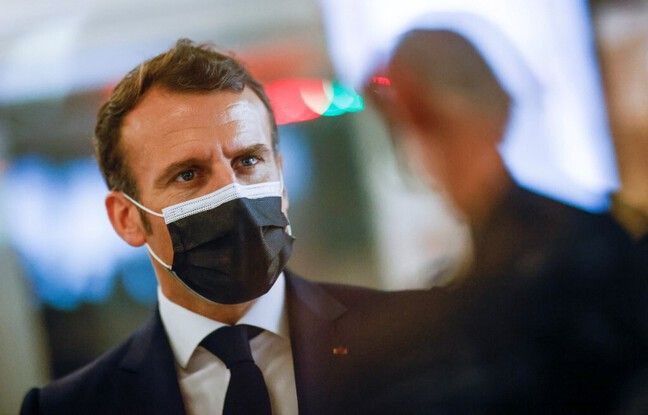 After receiving the president of the Libyan presidential council, Mohammed el-Menfi, this Tuesday, Emmanuel Macron announced that the French embassy in Libya, in the capital Tripoli, would reopen on Monday.

“From Monday, our embassy in Tripoli will be reopened,” said the president, while the diplomatic representation was closed in 2014, while remaining active, relocated to Tunisia.

A decade of conflict

A decision that comes after the decision of the parallel government located in eastern Libya, unrecognized by the international community, which officially handed over power to the new unified executive of Abdelhamid Dbeibah on Tuesday, during a ceremony in Benghazi. The handover took place at the seat of the parallel government, based in Libya’s second city and headed to this day by Abdellah al-Theni.

The new unified government was represented by Hussein Attiya al-Gotrani, one of the two Deputy Prime Ministers of Abdelhamid Dbeibah, accompanied by a few ministers including Interior Minister Khaled Mazen, who came from Tripoli. “The phase of divisions is over (…), the government of national unity is at the service of all citizens, whatever their region”, declared Hussein Attiya al-Gotran in a brief speech. Libya is trying to extricate itself from a decade of conflict, since the fall of the regime of Muammar Gaddafi, a chaos marked by the existence in recent years of rival powers, in Tripolitania (west) and Cyrenaica (east).

A political transition until December

Other countries have recently announced that they will soon reopen their embassies in Tripoli, such as Malta and Egypt. The new Libyan executive – made up of the Dbeibah government and a presidential council – must help close the bloody chapter of divisions. It was born out of a UN process put into orbit in Geneva in February before a “historic” vote of confidence in Parliament earlier this month. He must lead the transition in Libya until national elections scheduled for December 24. Last Tuesday, the Government of National Unity (GNA) of Fayez al-Sarraj, installed in 2016 in western Libya, also handed over power to the Dbeibah government and the Presidential Council.

Also resulting from a political agreement sponsored by the UN, the GNA had never obtained the confidence of the Parliament and was quarreled since the power with the parallel authorities of the East. This region is controlled de facto by the septuagenarian soldier Khalifa Haftar, head of the self-proclaimed Libyan National Army (ANL), who officially did not take part in the political talks. A certain vagueness surrounds its political future, while its legitimacy is increasingly called into question, including in its stronghold.