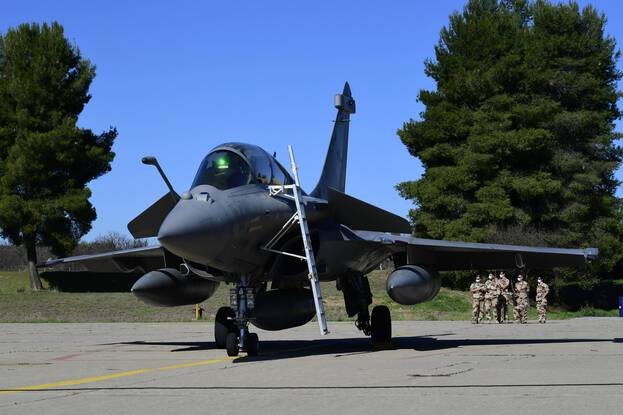 French arms exports fell by nearly 41% in 2020, under the effect of the global health crisis and in the absence of the conclusion of major emblematic contracts, according to an annual report submitted to Parliament on Tuesday. “In 2020, the amount of order intake amounted to 4.9 billion euros”, against 8.3 billion euros the previous year, according to this document to be officially published on Wednesday. Saudi Arabia (703.9 million euros), the United States (433.6 million euros) and Morocco (425.9 million euros) are among France’s largest customers. last year.

“This result, down from previous years, is partly explained by the constraints linked to the global health crisis which pushed back several arms prospects to 2021, due to the suspension of commercial discussions and decisions of associated investment “, as well as” the absence of major contracts exceeding 500 million euros for the year 2020 “, underlines the French Ministry of the Armed Forces in this report.

“Not an underlying trend” downward

However, this decrease “does not reflect a fundamental trend”, assures the ministry, which can boast of recent signatures this year of important Rafale sales contracts, to Egypt (30 copies for nearly 4 billion euros ), Greece (18 aircraft, including 12 used) and Croatia (12 used Rafale). French arms exports had already fallen by nearly 8.6% in 2019, after particularly successful 2015, 2016 and 2018, boosted in particular by sales of Rafale fighter jets to Egypt and India. and Qatar.

The amount of French armaments deliveries fell by more than half in 2020 to 4.3 billion euros, against 9.9 billion euros of armaments delivered in 2019. In terms of order intake , the Europe zone represents for the second consecutive year “the main destination of French exports” with 25% (15% for the countries of the European Union and 10% for the other European countries), the United Kingdom and Greece appearing among the top six French customers. Just behind, the Near and Middle East zone represents 24% of orders, against 22% for the Asia-Oceania zone, ie “a slightly higher share than that observed over the past three years”. Africa accounts for 16% of total orders.