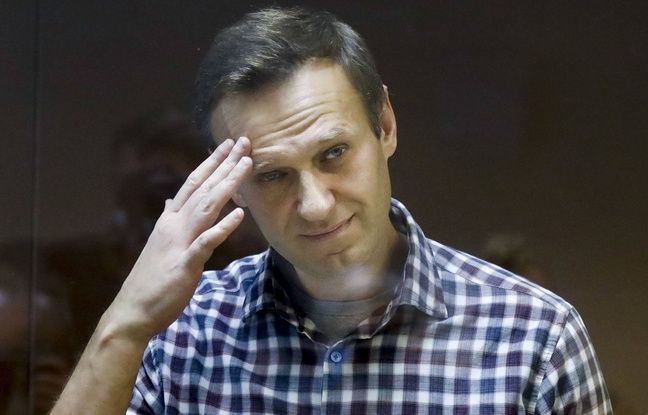 Alexeï Navalny gives his news with rather reassuring words. The Russian opponent, sentenced in February to two and a half years in prison and currently imprisoned, assured Wednesday from his cell that he was “fine” in a message on Instagram.

” Everything’s going well for me. There is even a pull-up bar in the yard, ”he wrote on this social network, adding that he was currently in the Kolchouguino detention center, in the Vladimir region, east of Moscow.

“I do not receive letters yet and I know even less what is happening in the world than when I was in Moscow,” said the opponent who had been imprisoned in the Russian capital since his arrest in January, before being transferred to the center where he is now. The opponent says he is distracted by making rusks on a radiator with two other inmates. “I never thought it could be such an exciting activity,” he joked. “I hope you too are doing well and not getting bored,” he added, addressing his 4.2 million subscribers.

It is not known for the moment how Alexeï Navalny was able to disseminate this message on Instagram from his cell, his lawyer Olga Mikhailova having refused to comment on this subject. “Ask me more questions,” she just said. However, according to the lawyer, who visited the opponent, he “is doing well” and “he is placed in a quarantine cell with two other people”, pending his transfer to a penal colony. This transfer must be made if the Russian justice rejects the last appeal of the opponent, sentenced in February to two and a half years of imprisonment.

Sources interviewed by Russian news agencies claimed last week that the opponent was to serve his sentence in the No. 2 prison colony in the small town of Pokrov in the Vladimir region. According to the opponent’s lawyer, however, nothing has been decided for the moment.