From India to Great Britain, the miraculous rescue of Rocky, a seriously injured dog 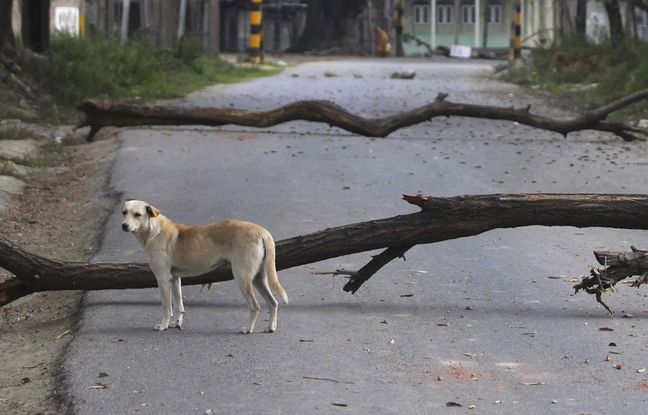 A young street dog, seriously injured by a train and whose rescue has fascinated social networks in India, has found a home in Great Britain. At three years old, she had to have both front legs amputated and has just come out of a year of treatment during which she relearned to walk with her prostheses.

Nicknamed “Rocky” by her rescuers, she was found “bloody” on rails in October 2019 in Faridabad in the north of the country, by a member of the railway police. She was then transferred to a veterinary clinic. “It was almost impossible to save such a badly injured dog,” veterinarian Mahesh Verma observed in a video shared by rescuers. “She had lost a lot of blood.”

She had to be transfused and her two front legs amputated. She had also been injured in the rear legs. “She made it out. She’s a fighter, ”said Ravi Dubey, President of People for Animals India (PFA). As Rocky regained his strength and learned to use his jaw to find his balance, the video published in January by the association on his fight went viral on social networks. It caught the attention of the British organization Wild at Heart Foundation, which specializes in rescuing stray dogs around the world.

The foundation started looking for a home for Rocky and an Indian living in London offered to fund PFA to replace his legs. Rocky took his first steps in July with his new artificial legs, made by a specialist in Jaipur in the state of Rajasthan (North). The little dog must fly this Wednesday from New Delhi on a plane to London to be adopted in Great Britain, added Ravi Dubey.

“Rocky is a very courageous dog: even after all she went through and after losing her paws, she showed incredible tenacity, strength and morale to live on”, insists -he. “Now she is ready to leave for the house where she will settle forever.”

“In India, pets are often abandoned and abused. We are very happy that Rocky has found a safe place with green spaces ”. The number of stray dogs in India, where mongrels are often neglected in favor of purebred dogs capable of conferring a certain social status, is estimated at around 30 million.