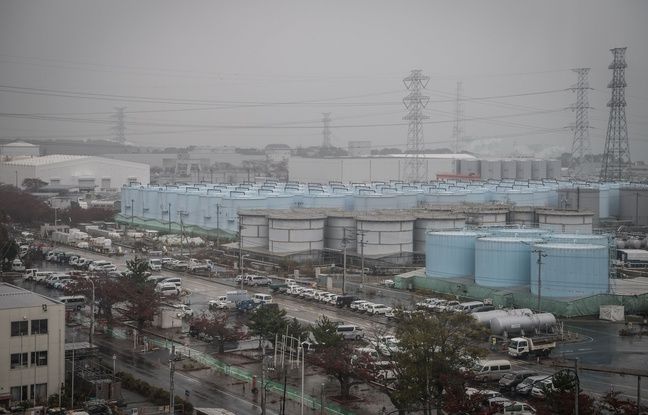 The withdrawal of molten fuel from the damaged Fukushima nuclear power plant in Japan will be postponed for a year, its operator, Tepco, announced on Thursday, arguing that the coronavirus pandemic had slowed the development of specialized equipment.

A decade after the triple disaster (earthquake, tsunami and nuclear accident) that hit Japan on March 11, 2011, Tepco was due to start removing molten fuel from one of the reactors next year.

An operation that should last between 30 and 40 years

This operation is considered the most complex of the dismantling process, which is expected to take 30 to 40 years, and Tepco had planned to develop a robotic arm in the UK before moving it to Japan in early 2021 to start operations.

“But because of the resurgence of coronavirus infections in the United Kingdom, development has been delayed,” Akira Ono, director of the Tepco branch responsible for dismantling, said at a press conference, adding that the operator now wanted to carry out part of the tests in Japan.

The issue of contaminated water

The process is expected to take several years for Reactor 2, which is said to contain 237 tonnes of molten fuel and debris, according to the Kyodo news agency. Reactors 1, 2 and 3 of the power station would contain a total of 880 tonnes of this mixture. This postponement is “regrettable,” Akira Ono admitted, but he deemed it unlikely to delay the entire dismantling process, which is supposed to end between 2041 and 2051.

The operator is faced with other thorny questions, such as how to get rid of around 1.23 million tonnes of contaminated water, currently stored in more than a thousand tanks near the plant. The triple disaster of March 11, 2011 in Japan left some 18,000 dead or missing. The Fukushima nuclear accident was the most serious since the Chernobyl accident in Ukraine in 1986.

Share
Facebook
Twitter
Pinterest
WhatsApp
Previous articleThe CSE of Hop! promises a “big legal battle” against the departure plan planned by the management
Next articleTwenty corpses of migrants were recovered off the coast of Sfax