Gaza in blood, research in the Cevennes and tourists returning to Greece 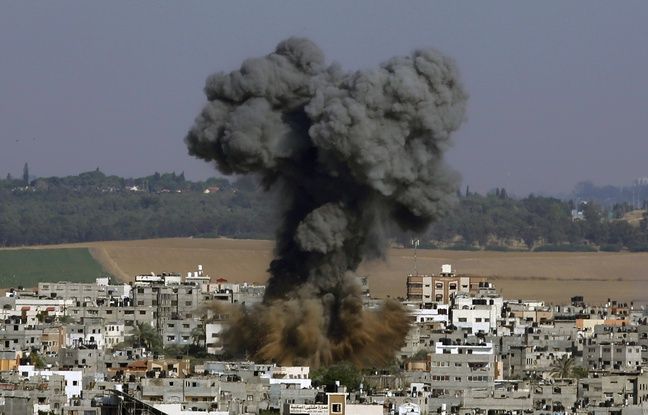 Did you miss the news from the start of the morning? We have concocted a recap to help you see more clearly.

The Israeli-Palestinian conflict continues. The toll of the ongoing clashes between the Palestinian Islamist movement Hamas and Israel has exceeded 100 dead in the Gaza Strip, local authorities said late Thursday. The health ministry in this Palestinian enclave reported 103 dead, including 27 children, and 580 injured since the start of the clashes on Monday evening. On the Israeli side, the shooting from Gaza left seven dead and dozens injured. Late Thursday evening, the Israeli army stepped up strikes against the enclave. And hundreds of people rushed out of their homes to avoid strikes in the northern Gaza Strip.

Finally, after announcing the presence of its soldiers in the Gaza Strip, the Israeli army backed down on Friday, citing an “internal communication problem”. To learn more about this “simple mistake” which could hide the start of psychological warfare, is it here?

The investigation continues after the double murder in the Cévennes. The suspect, on the run for more than forty-eight hours, is “a loner,” said the Nîmes prosecutor on Thursday, confirming the difficulty of a hunt led by 350 gendarmes. However, Valentin M. does not have the profile of a survivalist or a paramilitary, insisted Eric Maurel, during a press conference organized in Saumane, a neighboring village of Plantiers (Gard), where this man from 29-year-old would have shot his boss and one of his colleagues on Tuesday morning in the sawmill where he was employed. To learn more about the profile of the suspect, “a man able to survive in a hostile environment” and who would be equipped with a rifle having a telescopic sight allowing to shoot with precision at several hundred meters, it is here.

“We weigh anchor. We are leaving behind the dark clouds of fear and insecurity, ”declared Greek Tourism Minister Harry Theocharis, launching the tourist season on Thursday evening in Athens. Greece hopes to speed up its European neighbors for the tourist season, with the long-awaited return of tourists after seven months of confinement, finally lifted on Friday. Confined since November 7, the country has announced the lifting overnight of all traffic restrictions, on land and at sea. Gone is the ban on leaving one’s department or going to an island, without being a resident, no more exit authorizations by text message, no more police checks and fines. All over Greece, museums are reopening today, while it is already possible, since the beginning of May, to eat a moussaka or drink an ouzo on the terrace. All the info on Greece rolling out the carpet for tourists is here.