GDP rebounds strongly in Q3, pulling the country out of recession 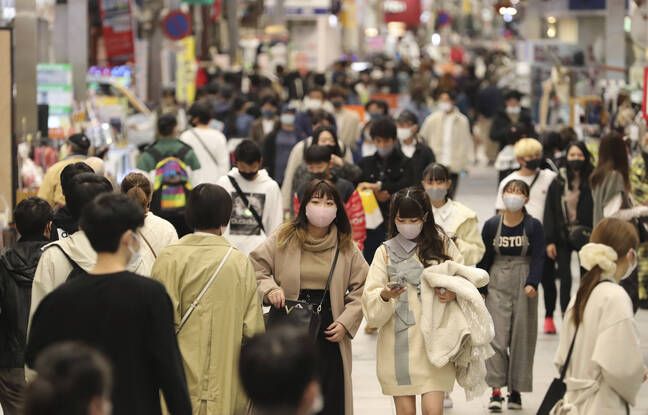 This figure will probably reassure the other economies affected by the crisis. Japan’s gross domestic product (GDP) rebounded 5% between July and September compared to the previous quarter. Above all, it is a stronger recovery than the forecasts of the Bloomberg agency (+ 4.4%), marking the exit from the recession of the country after three consecutive quarters of contraction.

The GDP of the world’s third-largest economy suffered a historic collapse in the second quarter of 2020, further revised downward Monday (-8.2% against -7.9% previously), according to data released by the government. The downturn began in the fourth quarter of 2019 (-1.8%) following an increase in Japanese VAT, and continued in the first quarter (-0.6%), marking the entry in the country’s recession, for the first time since 2015.

Growth between July and September was mainly driven by household consumption (+ 4.7%), which plunged in the second quarter against the backdrop of the state of emergency put in place by the authorities in April and May to attempt to stem the Covid-19 pandemic. Exports also rebounded strongly (+ 7%) as restrictions imposed in a large number of countries in the face of the coronavirus had been relaxed or lifted this summer.

All is not, however, completely rosy. Both real estate and non-residential investments by companies fell again sharply over the quarter (-7.9% and -3.4% respectively). If large Japanese companies are slightly more confident in the future, according to the quarterly benchmark Tankan barometer published in early October by the Bank of Japan, their morale remains low, especially in the hotel and restaurant and automotive sectors. .

Above all, the growth of the economy is also likely to slow down sharply in the fourth quarter, “while demand should slow down, mainly because of the second waves of Covid-19 abroad,” said economist Naoya Oshikubo in a note published upstream of the GDP. The IMF expects Japanese GDP to decline 5.3% for the whole of 2020, and it could take three years to return to Q3 2019 levels, according to Yoshimasa Maruyama of SMBC Nikko Securities, quoted by Bloomberg.

In an attempt to prevent the recovery from running out of steam, Prime Minister Yoshihide Suga last week asked his ministers to work on a supplementary budget intended to finance a new program to support the economy. The government has already drawn up two gigantic stimulus plans this year, which notably included a flat-rate allowance of 100,000 yen (over 800 euros) for each resident of the country and aid to finance short-time working. Public spending thus increased by 2.2% in the third quarter, significantly contributing to the return to growth.