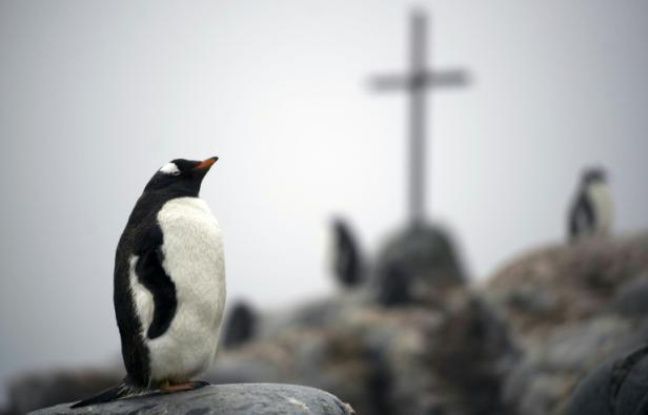 “Confined” for nearly three months, the gentoo penguins at the Bergen aquarium will soon regain some semblance of normalcy after being vaccinated against avian flu, the aquarium in this city in the west of France announced on Thursday. Norway. No delivery problem, no anti-ax movement: the 29 palmipeds all received their first injection in good order, the oldest and most fragile this Wednesday and the youngest this Thursday.

Including “Erna”, named in honor of Prime Minister Erna Solberg, who once had a summer job in the aquarium, one of the tourist attractions in the Hanseatic city where the leader was born. Since the beginning of December, the penguins have had to live in a humanitarian tent mounted above their enclosure after the detection, for the first time in Norway, of a highly pathogenic form of avian influenza (H5N8).

A hoped-for return to normal

“Because of this, the Food Health Authority has put in place a curfew: all birds under human control must be placed under a roof,” explained the director of the aquarium. The arrival of the vaccine should, however, allow a return to normal, once the second dose has been injected – in the rib cage of the birds – in a month.

“The fact that penguins are vaccinated now is pure chance, completely independent of the coronavirus, but it shows that vaccines are still important, even more today,” said the official. In the wild, gentoo penguins – not to be confused with penguins – normally live on the other side of the Earth, in Antarctica. None of the residents of the Bergen aquarium succumbed to bird flu, for which, moreover, a few rare cases of transmission to humans have been recorded.