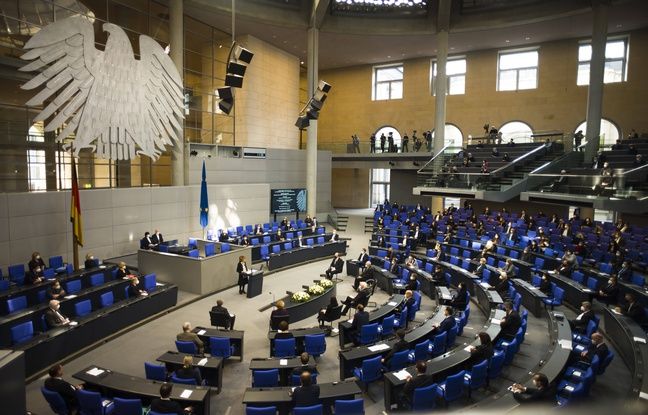 A German suspected of having communicated to Russia data and plans concerning the Bundestag, the lower house of parliament, has been indicted in Berlin, the prosecution announced on Thursday.

“Between the end of July and the beginning of September 2017, the suspect decided on his own initiative to transmit the information on the properties of the German Bundestag to the Russian intelligence services”, specifies in a press release the prosecution, adding that these documents in the form of PDF files had been transmitted to an employee of the Russian Embassy in Berlin, suspected of being a member of the Russian military intelligence GRU.

Not the first deal between Germany and Russia

The suspect, identified as Jens F., “worked for a company mandated several times by the German Bundestag in the past”, relates the federal prosecutor’s office. In particular, the employee had to carry out checks of portable devices used in the lower house of parliament. “In this context, the suspect had access to PDF files containing plans of the Bundestag’s properties”, adds the prosecution. Indicted by the federal prosecution, the suspect now risks going to trial, if the competent court gives the green light.

Berlin and Moscow have a complicated relationship with already several suspected espionage cases blamed on Russia, including one affecting Chancellor Angela Merkel herself in 2015. The assassination of a Georgian of Chechen origin in the heart of Berlin in August 2019, blamed on the GRU, and, even more, the Navalny affair, have further strained German-Russian relations.

The opponent to Vladimir Poutine, Alexeï Navalny, was indeed treated in Germany for an attempted poisoning which he attributes to the Russian services. Berlin has been demanding since the release of the opponent, imprisoned upon his return to Russia in early 2021. However, Moscow and Berlin are jointly leading a controversial gas pipeline project, Nord Stream 2, which will link the two countries despite opposition from states -United.