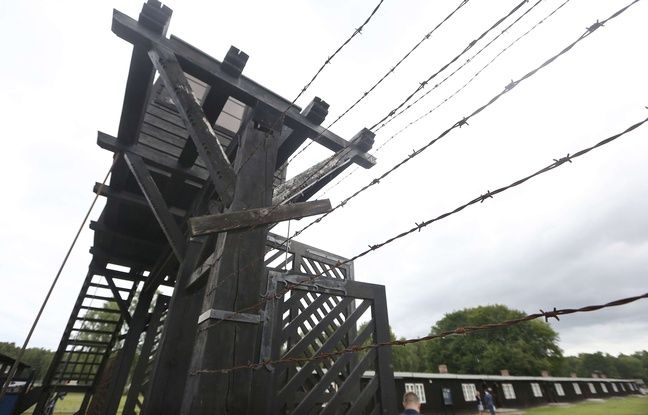 A former secretary of a Nazi concentration camp has been indicted for aiding and abetting murder in several thousand cases, German justice announced on Friday, paving the way for a future trial.

“The indictment incriminates the one who was a teenager at the time of complicity in killings in more than 10,000 cases. In other cases, she is prosecuted for complicity in attempted murders, ”writes the Itzehoe prosecutor’s office (north-west Germany) in a press release. She is believed to be the first woman to be tried in court proceedings concerning Nazi atrocities, after several men have been prosecuted in recent years by German courts.

Aid to those responsible for the systematic massacre of Jewish prisoners

The prosecution accuses him of having between June 1943 and April 1945 “provided assistance to those responsible for the systematic massacre of Jewish prisoners, Polish partisans and Russian Soviet prisoners of war in his function as stenographer and secretary to the commander of the former Stutthof concentration camp ”, located 40 km from the city of Gdansk, now in Poland.

As “some prisoners survived their stay in the camp despite the hostile conditions, some of the acts must be judged as an attempted murder,” the prosecutor’s office said. He did not specify the name or age of the accused, who is expected to be over 90 years old. As a teenager between 1943 and 1945, she will eventually be tried in a special juvenile court.

Uncertainty about whether a trial will be held

However, it is not yet certain that a trial will be held: the courts must first decide whether, because of her old age, she is suitable for possible referral to a court. In 2019, the state-run regional channel NDR assured that 29 proceedings concerning Nazi crimes were still pending in Germany. Among them was a 94-year-old woman, Irmgard F., a former personal secretary to a commander of this camp and who now lives in a retirement home north of Hamburg.

In recent years, Germany has tried and condemned several former SS and extended to camp guards the charge of complicity in murder, illustrating the increased severity, although deemed very late by the victims, of its justice.

In July 2020, the Hamburg court sentenced Bruno Dey, a 93-year-old former concentration camp guard, to two years in prison for complicity in thousands of murders in Stutthof.

Share
Facebook
Twitter
Pinterest
WhatsApp
Previous articleThe government welcomes the maintenance of American troops on its soil
Next articleDid climate change play a role in the onset of the epidemic? This is the hypothesis of researchers