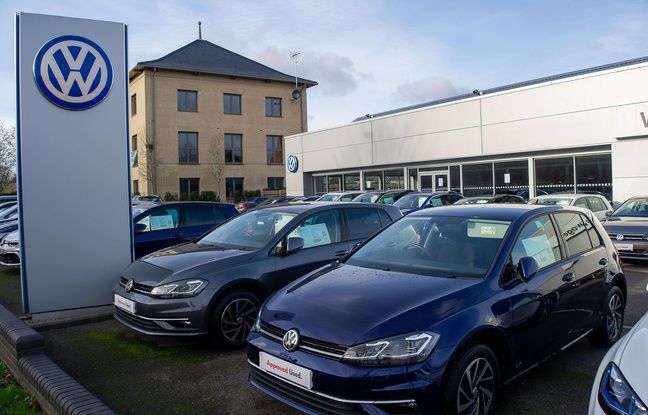 Drastic job reduction in sight at Volkswagen. The German automobile giant announced on Sunday a plan to cut jobs not quantified but which could affect up to 5,000 jobs by the end of 2023 as part of a reduction in costs intended to finance the transition to ‘electric. The group announced in a press release an agreement with the works council on “a complete set of measures to regulate by age” of its wage bill.

Volkswagen expects “up to 900 employees” to opt for a short-term early retirement formula, while a “four-digit number” in the lower end of the range, according to a time-honored expression for between 2,000 and 4,000 people, would leave the company as part of a gradual cessation of activity.

These departures not replaced must “contribute significantly to rigorous cost management,” says the group engaged in a costly transition to the production of electric models and, in the longer term, self-driving cars. “Thanks to our high level of investment in the expansion of electromobility and digitization, Volkswagen has been able to establish itself as a pioneer of automotive change. We now want to strengthen our position of strength. This will require the continuation of a strict management of costs in order to finance the necessary investments in the future ”, explains the director of human resources, Gunnar Killian, quoted in the press release.

He believes that this new austerity cure “provides the right answer to this question”. Volkswagen, relegated by Toyota in 2020 to the second place in the world market, sold more than 9.3 million vehicles, a figure down 15% compared to 2019. Like all manufacturers, the group with 12 brands suffered the impact of the health crisis but expects for 2021 a “significant increase” in its turnover despite the persistence of the pandemic. The new job cuts plan completes a reduction of up to 7,000 jobs announced in 2019 for the group’s flagship brand, VW.