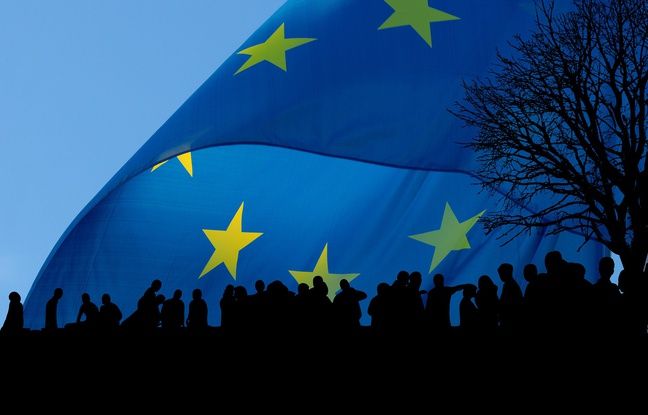 The German Constitutional Court on Friday suspended the process of ratifying the European recovery plan in the face of the impact of the pandemic, due to an appeal against this mechanism based on a common debt.

The supreme body “decided that the text of law” on this plan, which had just been approved by parliamentarians, “should not be initialed by the Head of State” pending a decision on this summary action, according to a press release from the Court.

The establishment of the Fund still delayed?

This delay comes after the two chambers of the national parliament have just approved the law. There is therefore a risk of further slowing down the establishment of this Fund endowed with 750 billion euros, at a time when the pandemic is prolonged in Europe and continues to severely affect entire sectors of the economy.

Harshly negotiated last summer by the Twenty-Seven, this EU recovery plan is intended to cope with the economic consequences of the Covid-19 pandemic. It is based on an unprecedented mechanism of debt common to all member states, and part of the money will be paid in the form of subsidies (312.5 billion), in particular to the countries which have suffered the greatest impact.

A pooling of debts that goes badly across the Rhine

It is precisely this unprecedented pooling of the debts of European countries that the initiators of the appeal before the German Constitutional Court are contesting.

Germany’s far right, the AfD party, has also announced its intention to attack the Fund for unconstitutionality. Opponents of the text believe that Germany’s Basic Law prohibits the country from sharing the burden of debt with other states. They see it as an unacceptable “financial transfer” policy from countries that are supposedly virtuous in terms of budget, to countries perceived as lax.

Already similar debates in the past?

The Court’s decision will therefore be closely followed. It has already been seized on several occasions in the past on similar questions, this time linked to measures to support the economy of the European Central Bank, located in Frankfurt (west).

The supreme judges have so far always ended up accepting them, but with more and more reservations, meaning that in their eyes we were at the limits of what is legally possible in Germany.

The deadline imposed by the Court is a blow to the government of Chancellor Angela Merkel. She supported this Fund at arm’s length with the French Head of State Emmanuel Macron last year, breaking a taboo in her country.