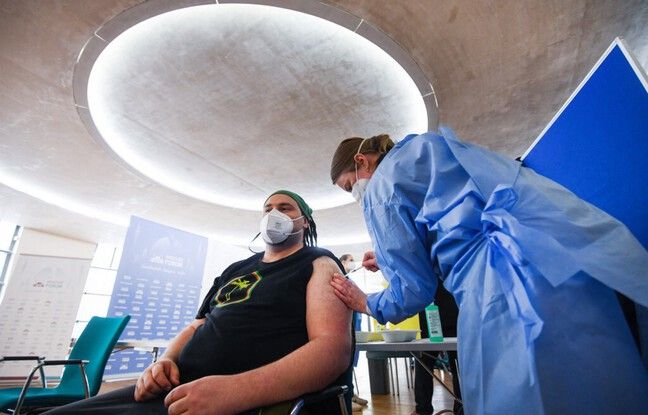 Going to the hairdresser without providing a negative test, meeting several: the more than 7 million people vaccinated in Germany benefit from Sunday from the relaxation of strict health rules. These new measures, which come into force after express adoption by parliament, also affect people considered cured after being infected with the virus.

In total, more than seven million people who have already received the two doses of the anti-Covid vaccine are benefiting from these relaxations. They also allow them to enter any store without having to present a negative test, as is currently the case for the rest of the population, with the exception of so-called “essential” businesses such as supermarkets or pharmacies.

The Germans in favor of an easing for the vaccinated

They no longer have to respect the night curfew from 10 p.m. (8 p.m. GMT) introduced last month in the face of a particularly deadly third wave and can meet in private without restrictions. These new measures at the national level come into force after several regional states have already taken this step, responding to the discontent in a country very attached to individual freedoms and fundamental rights.

Moreover, nearly two-thirds of Germans (64%) are in favor of flexible measures for people who have been vaccinated or cured, such as the opening of hotels, restaurants or cinemas, according to a Forsa poll for RTL. The vaccination campaign has accelerated sharply after a slow start to the point that on some days more than a million people can be injected.

More than 26 million people have already received a first dose of serum and health authorities plan to offer vaccination to all adolescents over 12 years old by the end of August. On Friday, the Minister of Health, Jens Spahn, for the first time indicated that the third wave of contaminations seemed to be overcome.

“The trend of the last few weeks has been confirmed. The third wave seems to be broken, ”he said while the restrictions remain numerous. Unlike other European countries, Germany has not yet established a plan to reopen restaurants and bars, even on the terrace.

The cultural sector has also remained at a standstill since November. Nearly 85,000 people have died from Covid-19 since the start of the pandemic in Germany, according to the Robert-Koch health watch institute (RKI).