Germany to strengthen controls at its land borders 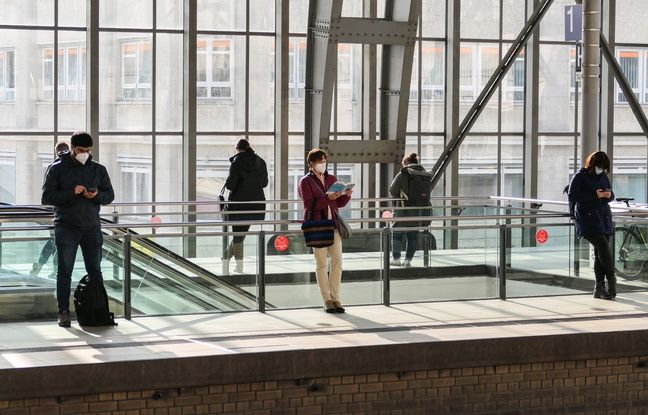 Germany will strengthen for the “next 8 to 14 days” the controls around its land borders in particular with France, Denmark and Poland, without however systematizing them, to fight against the Covid-19 pandemic, announced this Tuesday the Minister of the Interior.

“No matter where you come from, Poland, France, or Denmark, everyone should expect to be checked,” Horst Seehofer said at a press conference. These random checks will take place on German territory, within a perimeter of up to 30 kilometers after crossing the border. They will be stepped up from the Easter long weekend, he added.

The police will “not be able to send travelers back” to the country from which they arrive but will check that they are in possession of a negative test of less than 48 hours and have registered electronically with the German health authorities. Otherwise, they will have to “pay a fine”, he explained. All these travelers will then have to “observe a quarantine of 10 days”, which can be shortened with a negative test carried out at the end of the fifth day, as has already been the case for several weeks for arrivals by plane.

So-called “transit” passages of less than 72 hours will be exempt from quarantine. The strict and systematic controls carried out at the Austrian border with the Tyrol region will be lifted “insofar as the situation has improved there,” said Horst Seehofer. On the other hand, these systematic checks remain relevant with the Czech Republic, where they have already been in place for several weeks and where the development of the pandemic remains worrying.

Since Tuesday, Germany also requires the presentation of a negative test on the part of passengers arriving in Germany, at the risk for airlines of being imposed heavy fines of up to 25,000 euros. “The goal is to prevent the virus from entering Germany”, a country facing a new rise in infections and which fears an “exponential” progression in the coming weeks, explained Horst Seehofer.

On the other hand, the government has given up on banning travel to certain tourist destinations abroad, as a weather forecast given the surge in spring bookings for the Balearics. This option did not stand up to legal analysis, according to German media. In Germany, which counted 9,549 new cases of Covid-19 on Tuesday, the incidence rate reached 135.2 on average in the country, which has been rising steadily in recent days.