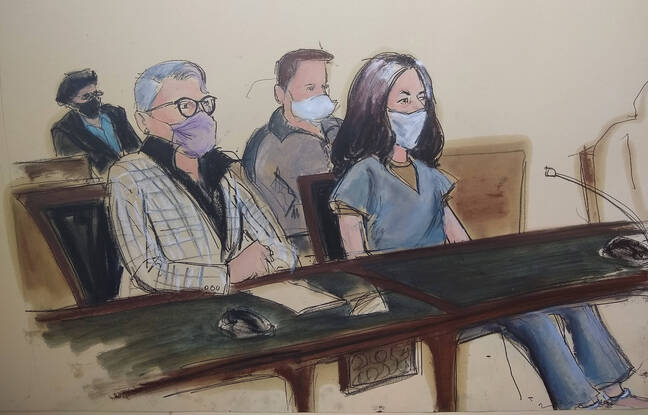 No bail for Ghislaine Maxwell: a federal appeals court on Tuesday rejected an appeal by lawyers for the ex-girlfriend of Jeffrey Epstein, who said her conditions of detention were so “horrible” that she could not properly prepare for his trial scheduled for July.

In a brief decision, the three judges of the Court of Appeal confirmed the continued detention of this ex-figure of the jet-set, incarcerated in New York since July 2020. She is accused of the alleged recruitment of underage girls for the account of the late financier Epstein, who sexually exploited them.

One of Ghislaine Maxwell’s lawyers, 59, argued Monday that she was “held in solitary confinement for no reason”, constantly followed by guards, and prevented from sleeping by lamps pointed at her every 15 minutes. ‘preventing to study the millions of pages of documents accumulated for his trial, expected this summer.

His lawyer David Markus claimed that the daughter of the former British media mogul Robert Maxwell was treated in this way to avoid any risk of suicide, even though she “is not suicidal”. According to him, the prison services are acting out of excess of caution after the death in prison of Jeffrey Epstein, found hanged in his cell in Manhattan in August 2019. The investigation had concluded in a suicide and several malfunctions of the prison.

But the judges on appeal ruled in favor of the prosecutors, who always refused the release of this accused holder of three passports – American, British and French – which represents according to them a “high risk of flight.”

To remedy his sleep problems, the court of appeal simply invited the defense to raise the problem before the New York federal judge in charge of the case, Alison Nathan.

This is the fourth time since his arrest that Maxwell and his lawyers have unsuccessfully pleaded for his release on bail, pending trial.

The latter had been set for July 12, but the defense requested a postponement and the judge has not yet ruled. Ghislaine Maxwell will have to answer during the hearings of six counts of indictment, in particular for trafficking in minors and incitement to prostitution between 1994 and 2004. She risks life imprisonment in case of conviction.