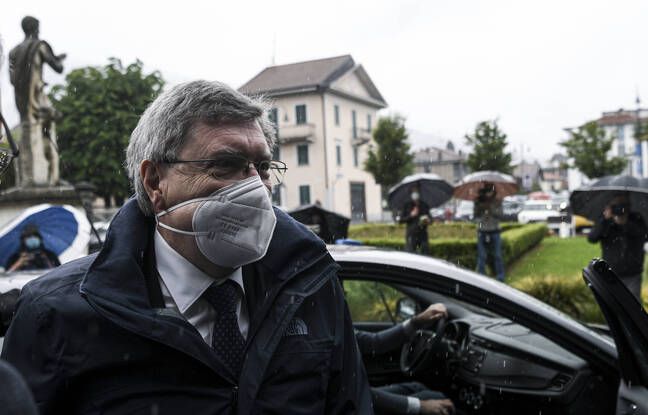 How could such an accident have happened? On Monday, the Italian government promised to shed light on the fall of a cable car cabin that left 14 people dead including five Israelis on Sunday in Stresa, a seaside resort in Piedmont on the shores of Lake Maggiore, in the north of the ‘Italy.

“We will shed light on all the circumstances surrounding what happened. Yesterday, we set up an ad hoc commission, ”said Transport Minister Enrico Giovannini during a press conference on the spot, while the Milan public prosecutor’s office opened an investigation for“ manslaughter and negligent injuries ” .

A child, the only survivor of the fall

The only survivor of the accident, a five-year-old child hospitalized in Turin, suffered in particular from a head trauma and broken legs. “We are waiting for the next 48 hours, his condition is critical but there is still hope,” said the director of the hospital Giovanni La Valle, to the newspaper The Republic.

The accident happened around 12:30 p.m. (10:30 a.m. GMT) about 100 meters from the last altitude station of the cable car to the top of Mount Mottarone. It would be due to a broken cable on the highest part of the course.

An overload problem seemed ruled out, since these cabins can carry more than 35 passengers. The cabin fell about fifteen meters, then descended part of the slope before crashing into a tree. This accident came as the peninsula is just starting to welcome tourists again with the lifting of restrictions due to the fight against the Covid pandemic.

This accident immediately sparked criticism of the state of infrastructure in the country, where the deadly collapse of the Morandi Bridge in Genoa in 2018, which left 43 people dead, is still remembered. “It is clear that in our country something is not working in the field of transport safety controls,” said Carlo Rienzi, president of Codacons, the largest Italian association of consumers, in a press release.

The Minister of Transport spoke with local and regional authorities: “All the institutions are working together not only to prevent this from happening again but also to help those who have been affected (…) It is important to understand the dynamics (of the events) and at the same time helping those who are struck by this tragedy, ”he said.

The cable car, which connects the village of Stresa to Mount Mottarone in 20 minutes, which rises to nearly 1,500 meters with spectacular views of Lake Maggiore and the Alps, was closed between 2014 and 2016 for maintenance work.

“These are only assumptions, but I believe that there was a double problem: the break in the cable and the malfunction of the emergency brake”, estimated the regional head of Alpine rescue, Matteo Gasparini, quoted by the daily La Stampa. “We don’t know why it didn’t activate.” Several fatal accidents involving cable cars, gondolas and funiculars have taken place in Europe for 50 years.