Government to propose to extend restrictions until March 14 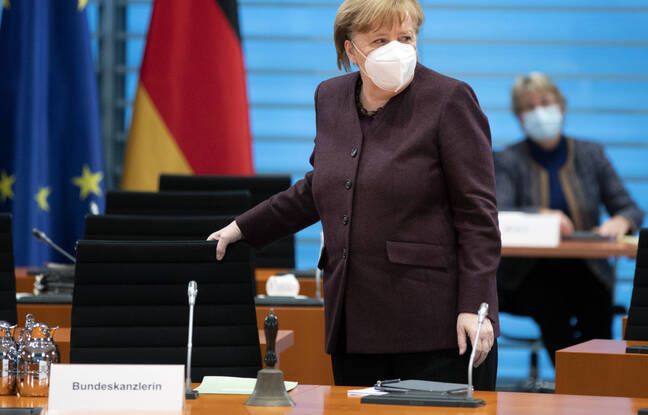 The German government wants to extend the partial confinement in force to the Covid-19 pandemic until March 14, while allowing hairdressers to reopen on March 1, according to a draft agreement. If the infections slow down in the country, “the variants of the coronavirus are spreading” which makes it necessary “that the restrictions remain in place in the coming weeks”, notes the government in the text which will be submitted to the heads of the regions during a meeting this Wednesday afternoon.

Because of the changes, “the stages of deconfinement must be implemented gradually and carefully,” insists Chancellor Angela Merkel. The closures of schools, shops, restaurants, places of culture, recreational sports have been maintained since mid-December, or even since early November for certain sectors. Scheduled at this stage until February 14, these measures must now be extended in principle until March 14, according to the document. They have made it possible to significantly lower the infection curve in recent weeks but also cause the weariness of the population and the impatience of the economic world.

Hairdressers may be reopened on March 1

At the same time, the regions can decide independently to reopen schools and nurseries earlier, a priority sector in the reopening. Hairdressers could resume their activity from March 1 while respecting hygiene rules. The document leaves open the next stages of deconfinement, citing the possibility of reopening shops, museums and other services from an incidence rate of 35 infections per 100,000 inhabitants over seven days. This will be one of the main points for discussion during the meeting, which will start at 2:00 p.m.

“We have nothing to gain from a premature exit now from partial confinement”, Angela Merkel had already argued on Tuesday during a meeting with conservative deputies, according to sources close to her party. While the first wave of Covid-19 in spring 2020 had politically revived Angela Merkel, thanks to a less strong impact in Germany than in neighboring countries, the new winter wave hits the country head-on and sharpens criticism against of its management a few months before the legislative elections.

Germany has recorded nearly 2.3 million cases of Covid-19, with an increase of around 8,000 cases in twenty-four hours as of Wednesday, and nearly 70,000 deaths.

Share
Facebook
Twitter
Pinterest
WhatsApp
Previous articleUnions demonstrate against the Hercules project in front of the National Assembly
Next article“He is cho Rizo”, or “To fry the turkeys” … The employees of Brut Butcher exasperated by wearing sexist t-shirts